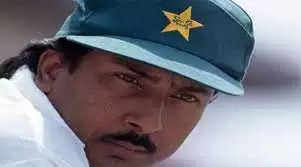 India on Sunday played out yet another clasic as they lost to South Africa by a close margin. The Indian team now have moved to second place in the table. The South African team now has 5 points from 3 games while india has 4. One team which had its eyes on the game closely was Pakistan. The Pakistani team was on the tenterhooks for the majority of the game as loss for India will knock Pakistan out of the tournament.

Pakistan and Netherlands faced off against each other on Sunday. The men in green needed a win to keep their hopes alive. The earliest match at Perth saw Pakistan win the game against Netherlands by six wickets. The final game at Perth saw India and South Africa play in what was a spicy contest on a pitch which had pace and bounce.

Former Pakistani fast bowler Shoaib Akhtar also had a go at the Indian team. The 46 year old former Pakistani pacer had earlier said India too will be knocked out in the semi finals stage. Shoaib Akhtar was angry and made a huge statement and said "India ne marwa diya humein (India have nearly killed our chances) by losing to South Africa. Not India’s fault though, Pakistan played so badly. We left this thing on others. I was wishing and hoping, India would come strong and hard. This shows that when you are against a quality bowling attack, the condition of the subcontinent teams come out in the open"

Bangladesh challenge next for India -

India and Bangladesh play each other next on Wednesday at the Adelaide oval. The same day Pakistan and South Africa lock horns. The Indian team will surely lose the services of Dinesh Karthik who is out injured due to back issues. A win for India will guarantee a place for India in the semi finals of the tournament. The Indian team will hope that Pakistan can beat South Africa as that will enable India to finish at the top of the table and likely miss playing New Zealand in the semi finals stage of the tournament.