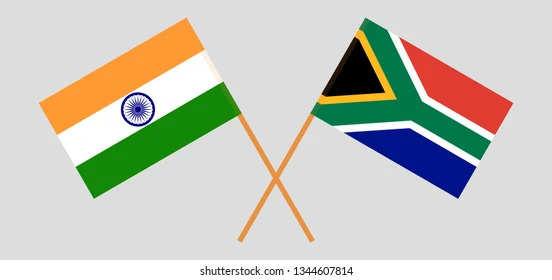 India and South Africa have touch down at Vizag as they prepare to play the 3rd T20 at the Dr YS Rajasekara Reddy ACA VDCA Cricket Stadium. The Indian team have task cut out ahead of them if they have to make a comeback in the series. India have lost the first 2 T20 games as the visitors have chased down the target easily on both occasions. The 1st game saw South Africa chase down 212 at New Delhi with 5 balls to spare, while Sunday they chased down 149 on a tricky pitch with 10 balls to go.

Two losses in two games have got the Indian team a lot of brickbats as far as some key calls during the game was concerned. One of the calls was to promote Axar Patel ahead of the red hot in form Dinesh Karthik on Sunday at Cuttack. Patel was made to bat at number 6, while Karthik was batting number 7. This has promoted two former Indian players to slam the decision making of the Indian team management. While Patel scored just 10 off 11 balls, DK began slow but caught on in the end to score 30* off 21 balls.

Sunil Gavaskar questions the logic behind Karthik at 7-

Former Indian captain and batting legend Sunil Gavaskar was furious to see DK at number 7. Gavaskar is covering the series as a commentator and did not pull back any punches. Speaking to Star Sports India, Gavaskar said “ Sometimes there are these labels like ‘finisher’. And when you talk about a finisher you think he will come to bat only after the 15th over. He can’t come in the 12th or the 13th over. And we have seen these happen in the IPL as well. A lot of teams have only kept their big hitters for the last 4-5 overs. When actually, if they had been sent earlier, because they have the ability to work things around, they don’t necessarily have to hit sixes from the time they come in. The fact that when they get to the batting area and work the ball around, they get the feel of the wicket and they can bat accordingly in the last 4-5 overs”

Graeme Smith too joins in the debate –

Former South Africa skipper Graeme Smith too was confused with the tactics employed by the Indian team. Karthik is in red hot form with 330 runs in the IPL for RCB and he had the best strike rate in the entire tournament. Smith said “I don’t understand. When Karthik is one of the most experienced cricketers in India. Look at how many games he has played for India. Never mind the IPL. How can you send Axar Patel ahead of him? This is mind-blowing”

Not one to keep quiet, former India opener Aakash Chopra too has joined the fray. The 45 year old is now one of the leading voices in cricket as an expert and can divide opinions with his views. But many of the fans may agree to what he said on his YouTube Channel. The former India player said “The question is why did they send Axar before Dinesh? It is not very often that you get the chance to play more balls and if you don’t go in such a case or you are not sent, I think it’s a mistake. Dinesh Karthik, I love him as a finisher, once again he has finished strongly, but if more overs are left, will he not come to bat. If you are sending Axar ahead of him, you are doing wrong in my opinion”