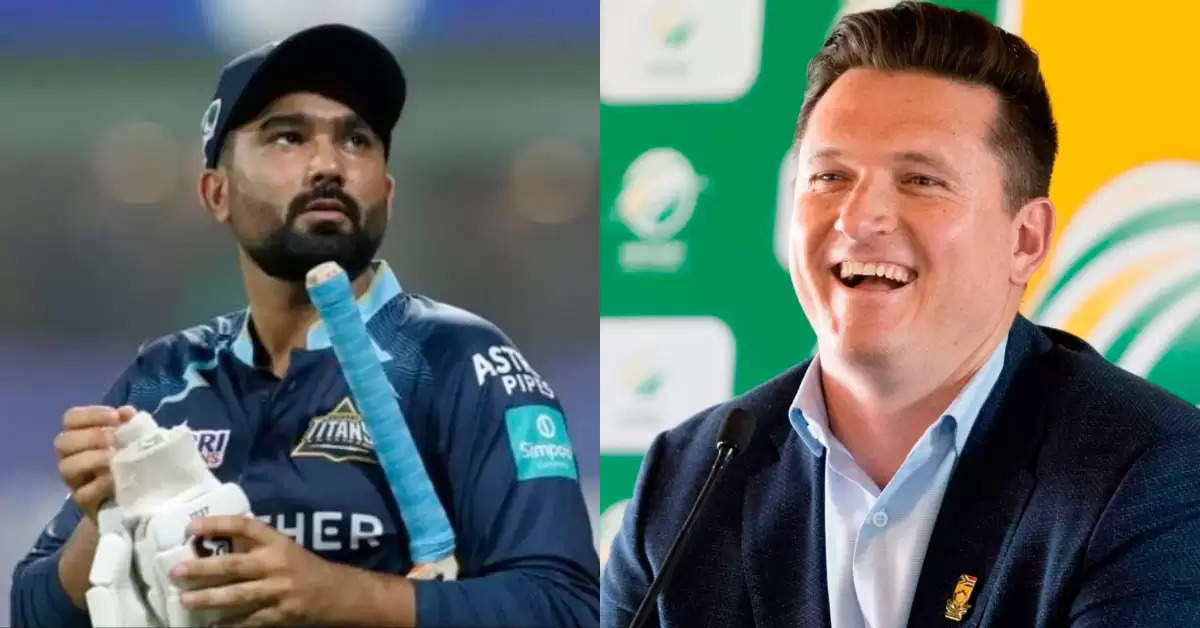 Post the end of every IPL season, the Indian cricketers who have performed well have aspirations to play for India. Arshdeep Singh and Umran Malik impressed one and all with their pace bowling skills to get a spot in the Indian team. Although both couldn’t make their debut, they were part of the squad which played the T20 series against South Africa. Another shining example is that of Hardik Pandya who led Gujarat to a title win in their debut season. Pandya was back in the Indian team and is now slated to captain them during the two game T20 series against Ireland.

Once the team for Ireland was announced, Rahul Tewatia took to twitter and wrote the words “Expecations hurt”. The 29 year old wasn’t picked for the Indian team despite his strong performances during the IPL. Tewatia had come close to India selection twice before, but his lack of fitness cost him a spot in the final 18.

Former South Africa skipper who was in India for the IPL and the T20 series as a commentator has slammed Tewatia. The 41 year old left handed batsman said “It’s very difficult in India as you guys have so much talent. And coach Rahul Dravid, and captain Rohit Sharma must have had picked their majority of guys anticipating the conditions in Australia. I would say instead of Twitter, focus, perform and next time your time comes make sure no one can leave you out.”

Sunil Gavaskar comes out in Support of Tewatia –

Sunil Gavaskar has always advocated picking the talents based on their performances. The former India opener and batting legend sounded sympathetic towards Tewatia. Speaking to Star Sports India, the former opener said “Rahul Tewatia, the ice man. I mean he should have been…. sometimes if there is touch and go situation, maybe take an additional member. Instead of 15, take 16. Because it’s hard to leave somebody who has done consistently well. And he was superb, he won matches which look lost (in IPL 2022). He went there, smashed the ball. He was also moving across the crease very intelligently. Moreover, he was able to play across the off stump, not just on on side, I would say to Rahul Tewatia: ‘Look you haven’t got picked, don’t let it put you down. You are just a little fringe, work hard and you will be there regularly”