IPL 2023: From uncertain future to unknown hero the story of Avinash Singh 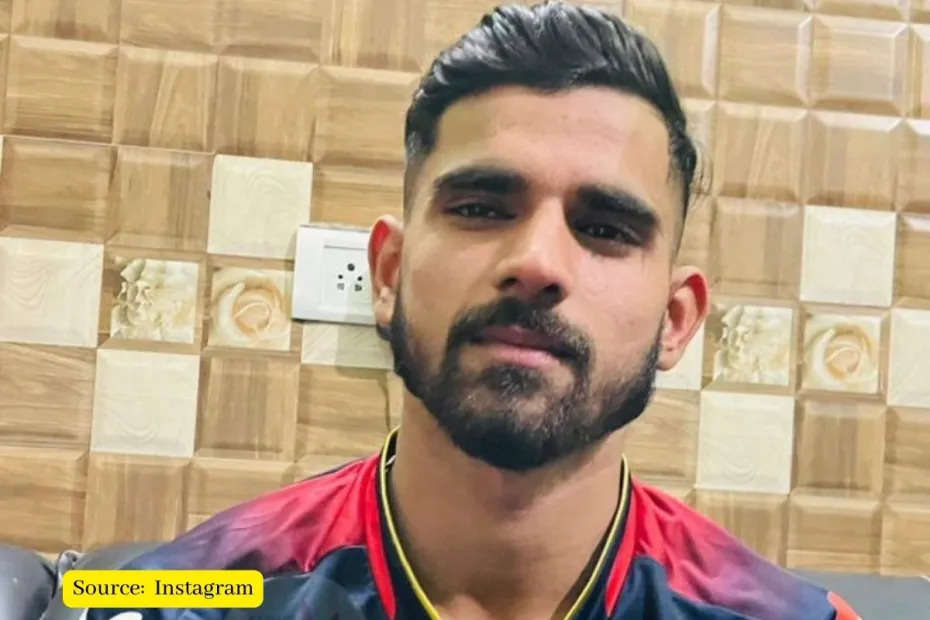 Indian Premier League has the moniker of the best domestic T20 league in the world for a reason. The league provides a chance for players to earn a chance to either make his place in the Indian team or earn a recall to the side. IPL though is also about stories, where the players who come from tough and challenging conditions get a chance to make their names.

One such story is Avinash Singh a literal unknown who was picked by Royal Challengers Bangalore for INR 60 lakhs during the 2023TATA IPL auction .Before this no other cricketer has created this much hype and suspense about himself before he could pick a bat or hurl the cherry at the opposition.

The 24 year old is from Jammu and Kashmir which has now become the forefront of producing Indian pace bowlers. Umran Malik, who took the world by storm with his pace seems to have a new ally from the valley. Avinash Singh, turns 25 by the time IPL rolls Mohsin Kamal a leading sports journalist from Jammu and Kashmir has been bringing to notice some big talents from the valley.

Even Mohsin wasn’t sure about who Avinash was when he wrote on Twitter “#RCB fans who wanna know who’s Avinash Singh bought by RCB for 60 lakhs, he’s so unknown that even I didn’t know him till today!! Hasn’t played any domestic cricket at all but I’m being told he is from the Umran Malik league “

#RCB fans, wanna know who’s Avinash Singh, bought by RCB for 60 lakhs? He’s so unknown that even I didn’t know him till today!
Hasn’t played any domestic cricket at all but I’m being told he’s from Umran Malik league! (Can confrim once I get videos). So, how did he make it? ⤵️ pic.twitter.com/9TwLKmcOay

The need for speed –

Avinash Singh is known to bowl at lightning speed and can bowl at over 145 KPH. This got the attention from the scouts of RCB who asked him to attend the trials. Avinash impressed one and all and was making life tough with his quick bowling and even clocked close to 150 KPH.

Nearly on the flight to Canada –

Avinash Singh hasn’t had an easy ride to where he is right now after being drafted by RCB. The 24 year old had failed the Indian Army examinations on a few occasions. This prompted Avinash’s father who is an auto rickshaw driver to save up some money and dream of sending him to Canada.

After failing one more Army exam towards the end of 2021, the plans were set in motion for Avinash to fly down to Canada. Avinash though as per reports decided to use the money and enroll himself in a proper cricket academy to realize his fast bowling dreams. It is said during the IPL auctions, Avinash’s father Ashok told him “Chal Cricket ka Bukhaar utaar aur Canada nikal”

Making it big despite not playing 1st class cricket –

23rd December, 2022 bought early Christmas cheers for Avinash Singh and his family. The unknown player from Jammu and Kashmir saw a little bidding war between KKR and RCB, before the Bangalore based outfit picked him for 60 Lakh rupees.

One of the most striking features is that, Avinash Singh has only started bowling with the red and white ball just 10 months ago. Avinash has played all his life with tennis ball cricket.

Making heads turn with his pace –

Just ten months after bowling with the red ball. Avinash Singh was asked to attend trials by RCB and Lucknow Super Giants. The men from Bangalore were amazed to have unearthed their own Umran Malik. 24 year old Avinash was constantly bowling at 145 KPH and making life difficult to batters facing him.

Avinash Singh then travelled to Pune to work more on his bowling and worked hard on his bowling. In these ten months, he has become a bowling machine as per some with the ability to keep bowling. The RCB team though are keen to see him go past the 150 KPH mark by the time 2023 season of TATA IPL comes calling.

What did RCB exactly see in him?

IPL teams are known to have strong scouting networks and are keen to pick up the best untapped players from across the nation. There was a scouting program called “Hinterland scouting” RCB’s head of scouting Malolan Rangarajan had words of praise for Avinash Singh while speaking to an RCB fan website . Rangarajan said that Avinash had an action which was eerily similar to Umran Malik. Further he said “It’s a very very objective way of identifying talent where we don’t use human eyes. We have our AI partner helping us out, identifying talent. When we had gone to Jammu and Kashmir, we had identified Avinash over there. Ever since then, he ticked off a few parameters of us. One of which, the most important parameter is, for him to be able to bowl (at a speed of) 145(Kilometres per hour)”

Hopeful for a bright future –

The AI mechanism of unearthing fast bowling talents, seems to have worked well for RCB. Malolan Rangarajan the head of scouting for RCB is still an Indian domestic player. The 33 year old has played 47 Ranji games scoring 1379 runs with a best of 131 which is his only century with 7 half centuries and has picked 136 wickets with a best of 7/135. Despite all these numbers, he couldn’t make it to the IPL, but that hasn’t stopped him from getting to unearth the new talents.

Speaking of Avinash Singh. Rangarajan has high hopes from the 24 year old ahead of the 2023 TATA IPL season, Rangarajan while speaking to the RCB fan forum said “When you venture into this kind of scouting(Hinterland scouting), you want it to be a point of difference. We have time now from December to March-April, and we have time to work on him. I wouldn’t be surprised if we go with our plan, he has the ability to even touch 150 in the future, With the impact player rule, we might find that he’s a good matchup to someone. So, we may as well use him as a weapon,”