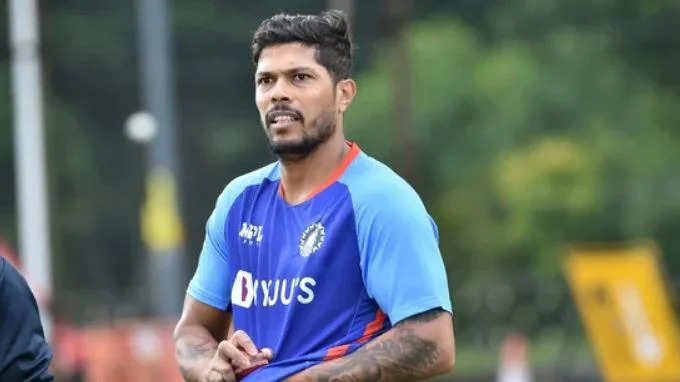 Indian cricket fans are just 3 days away from witnessing the men in blue play at home. International cricket, returns home after over 4 months, as Australia and South Africa get set to play white ball series. The Indian team will then fly down to Australia to take part in the T20 world cup. The team was already selected on Monday with some notable surprises, at least in the reserve squad.

One player who wasn’t named in the world cup squad is right arm fast bowler, Umesh Yadav. The right arm quick has been in England playing county cricket for Middlesex. The injury happened when Yadav was playing for Middlesex against Gloucestershire in the Royal London Cup. Yadav then flew back to India to have himself checked by the BCCI medical team.

Middlesex Cricket Team took to Twitter and released a statement which read “We are naturally disappointed that Umesh will not be returning to the Club for the final two matches of the season. However, throughout his recovery process, we have been in close contact with the BCCI’s medical team, and completely agree with their assessment that a precautionary approach to his return to action is sensible”

We regret to announce that Umesh Yadav's planned return to Middlesex for the final two games of the season has been ruled out due to him still recovering from a thigh injury.

In the county championships, Yadav played 3 games, and picked just wickets with the ball. With the bat, Yadav scored 94 runs with an average of 47 and a best of 44* against Worcestershire. In the Royal London cup, Yadav was destructive with the ball as he scalped 16 wickets from 7 games. Yadav also picked a 5 wicket haul against Durham and recorded figures of 5/33.

Yadav last played for India, earlier in 2022 against South Africa during the final test match. He hasn’t played since then for Indian cricket team but has been part of the squad. Yadav was part of the KKR outfit and made a telling impression with the ball during the early phase of TATA IPL 2022. One would hope, Yadav makes a quick recovery as the soon to be 35 year old can be part of the test series against Bangladesh and Australia.