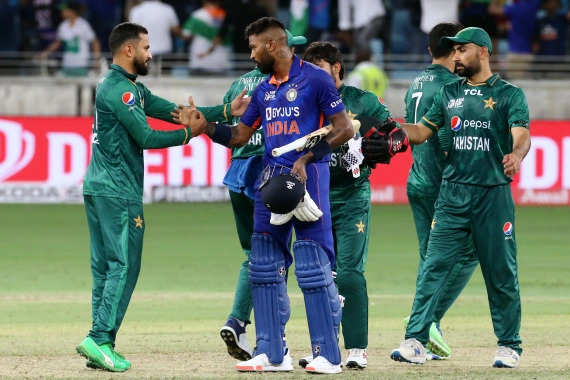 There is no better rivalry in cricket than India and Pakistan and their meeting last Sunday at Dubai International Stadium was one for the ages. The two heated rivals played a game that will stand in the memory for a long time as India won a close contest. The two teams do not play outside the ICC or the ACC banner so the anticipation of the fans for such games are at an all time high. if the game on 28th August was one off according to people there is more in store.

India have already qualified for the Super 4 stage of the tournament as the top team from Group A. The men in blue beat Hong Kong on Wednesday by 40 runs to become the 2nd team after Afghanistan to reach the Super 4. That leaves Pakistan and Hong Kong to fight for the 2nd team spot for qualifications, and one would expect Pakistan to breeze through the game. This would set up an exciting 2nd clash between the two arch rivals yet again on 4th September at the Dubai International Stadium.

Can the two heated rivals play the final or will Afghanistan spoil the party ?

The likely line up of the Super 4 looks India and Afghanistan heading group A and B and have already qualified. Pakistan are expected to join from Group A, while Bangladesh and Sri Lanka meet on Thursday in the virtual knock out. If India win all the games and or win two out of the 3 (rest being against AFG and BAN), men in blue are through to the finals. Pakistan will also hope to do the same in their 3 games in the Super 4 stage. If such a scenario happens, then 11th of September can witness the huge India- Pakistan clash.

The two rivals are then confirmed to meet each other at MCG when they kick off their World T20 aspirations. Pakistan beat India by 10 wickets last time when the two teams met at Dubai during the T20 World Cup in 2021. India would want to take revenge for that loss and hope to make a statement as they chase a silverware for the first time in 9 years.