India on Tuesday, lost the first T20 match to Australia at the IS Bindra Stadium at Mohali. The Indian team saw the defending T20 champions chase down the 209 run score with ease. Australia won the game by 4 wickets in hand in with 2 balls left in the final over. The Indian fans came out and had a go at the bowling unit for their shoddy and sloppy performance with the ball. One player who came in under a lot of fire was none other than Bhuvneshwar Kumar.

Bhuvneshwar Kumar must have played a decade for the Indian team, but 2022 hasn’t been kind on him. The first game against Australia, saw him concede 52 runs from his 4 overs. This led to lot of fans and experts question his place in the Indian side to the team management.

Kumar’s wife has a go at critics on Instagram –

Nupur Nagar, the wife of Bhuvneshwar Kumar wasn’t best pleased with the way critics have panned her husband. Nupur taking to Instagram wrote “Nowadays people are so worthless, that they have nothing better to do and have so much time to spread hate and envy. My advise to all those is – nobody is affected by your words or care about your existence. So spend that time in making yourself better, though there is very less scope for that”. 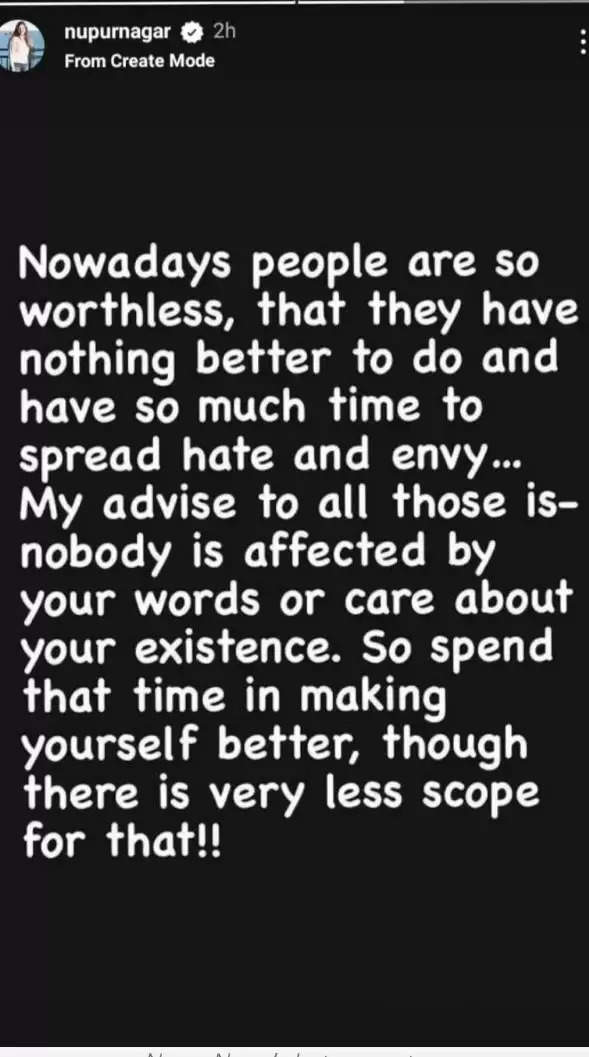 Likely changes to be made for India –

The 2nd T20 will be played on Friday at Nagpur as Australia head into the game with a 1-0 lead. India have indicated that Bumrah will be back into the XI ahead of home town boy Umesh Yadav. The 34 year old, Umesh Yadav was a surprise choice after Shami had tested positive for COVID-19.

Despite the questions around his bowling form, 32 year old veteran bowler will be expected to lead the line for India as far as the new ball goes. There are murmurs he could be replaced by Deepak Chahar with the new ball. With the world cup close on its heels, the Indian team wont like to make any changes in the XI barring the return of Bumrah.