Indian Cricket: Everything you need to know about the 2nd T20 between India and Australia 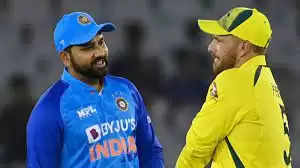 The first T20 between reigning T20m champs Australia and India was a high scoring thriller. The match at IS Bindra stadium saw over 400 runs being scored as both the teams traded blows. India scored a massive 208 on the board with Pandya scoring 71*. KL Rahul scored a half century as Surya Kumar Yadav to played a useful knock. Chasing 209, it was Cameron Green’s 1st half century and late dash from Wade which turned the match to the visitors for a 4-wicket win.

Likely Pitch Condition – The VCA stadium hasn’t seen any cricket for nearly 3 years. The last game hosted here was against Bangladesh when Deepak Chahar picked 6 wickets for 7 runs including a hattrick. The track record of the ground though is the team batting first wins the game with 9 out of 12 occasions, such a result has been witnessed. The pitch is usually low scoring, chasing will be the preferred mode once again. There is dew expected towards the 2nd half off the innings.

Record at the VCA Stadium at Nagpur –

India’s record at VCA Stadium Nagpur – India have played 4 games, lost two against Sri Lanka and New Zealand. Have won their last two games at this venue by beating England in 2017 and Bangladesh in 2019.

Sixes Hit at the VCA Stadium Nagpur – in the 12 games played at this venue only 82 sixes have been hit so far. That is nearly 7 sixes at the venue as the ground is big in size and big hits don’t come easy.

Likely XIs for the game –

·Umar Gul, Saeed Ajmal and Sandeep Lamichhane with 85 wickets are ahead of the Indian duo