Indian Cricket: Prithvi Shaw comes up with a heartbreaking post after being snubbed yet again 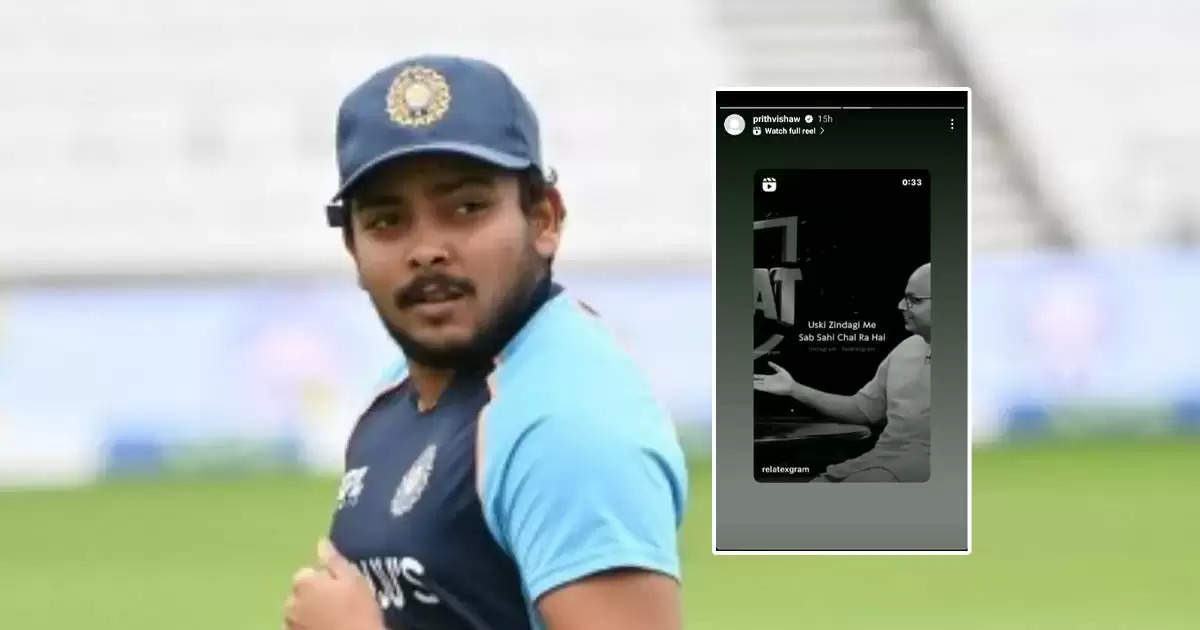 Indian cricket team is all set to take on Sri Lanka in a 3 match T20 and ODI series starting January,2023. The men in blue begin the 3 match T20 series with their first game to be played at the Wankhede Stadium in Mumbai.

One young cricketer who has been constantly snubbed by the Indian selectors is none other than 23 year old Prithvi Shaw. The dashing batter from Mumbai wasn’t part of the T20 or ODI set up despite the selection committee looking for a change in approach at the top.

Once the team came out, Shaw took to social media and posted a video on Instagram from religious leader and motivational speaker Gaur Gopal Das. Shaw posted a quote which read “If someone is smiling, it doesn’t mean they are happy in life. Happiness is never automatic, problems are automatic. One chooses positivity, love and happiness. Anger, Hate and negativity come automatically inside human beings, to chose such things we have to become human again”

End of the road for seniors in T20 squad?

After the dismal showing during the 2022 T20 World Cup semi finals against England, the Indian selectors are looking to take a different route. The Indian selectors are no longer keeping the likes of Dinesh Karthik, Mohammad Shami, Ravichandran Ashwin and Bhuvneshwar Kumar in their scheme of things. The four were part of the 2022 T20 World Cup and couldn’t do much for India’s chances.

India looking past the top 3 batters?

If reports are to be believed, KL Rahul has been told that he no longer figures in the Indian selectors scheme of things for the T20 set up. Rohit Sharma is expected to be asked to focus on ODI and Test cricket leadership. Virat Kohli, meanwhile has taken an indefinite break from T20 cricket. The 34 year old wants to focus on ODI and test cricket and may call it a day soon on the shortest format.

Call up for Shivam Mavi and Mukesh Kumar –