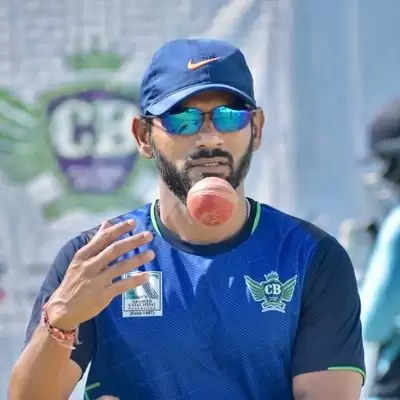 Sanju Samson has created a cult like following over the last few years. The 28 year old from Kerala has horde of fans who want him to be a permanent member in the Indian team. The last few months have been a topsy turvy ride for Sanju Samson as he missed the ticket to Australia for the T20 World Cup despite being in good run scoring form for India.

The story in question happened during the 1st T20 between India and Australia at the Manuka Oval at Canberra. India had seen their best batter of the day, Ravindra Jadeja score 44 not out off 23 balls with 5 fours and a six and give India the impetus to reach 161 from their 20 overs. KL Rahul had top scored with 51, while Samson had scored 23 in the game.

In his book ‘Coaching Beyond – My Days with the Indian Cricket Team’, the then fielding coach R. Sridhar said that Sanju Samson was the man who changed the course of the game. Samson had suggest to Sridhar to send Chahal as a concussion substitute for Jadeja who was hit on his helmet.

Sridhar wrote “ I was in the dugout, ready to set up fielding stations immediately at the end of the innings before Australia could begin their chase. Seated by my side were Sanju Samson and Mayank Agarwal. Suddenly, Sanju piped up, ‘Sir, the ball hit Jaddu’s helmet, didn’t it? Why can’t we seek a concussion replacement? We can get another bowler in instead of Jaddu’, That is where I saw a captain in that youngster, I urged him to dash across to Ravi and convey his sentiments, and Ravi, too, saw merit in Sanju’s thinking”

The move from India proved to be crucial as Chahal came into the playing XI and replaced Jadeja. The right arm leg spinner picked 3/35 with the wickets of Aaron Finch, Steve Smith and Matthew Wade. Three of the biggest players in the Australian team had fallen to Chahal despite the protests by Justin Langer the then Australian coach.

Sridhar further wrote “Sanju’s quick thinking that led to Chahal’s induction is an incident that will stay with me for life. That’s where you saw a captain in Sanju, you saw a leader who was thinking about the game. He was not thinking about how he got out, he was thinking for the team. These are the moments that reveal one’s character. This was a classic case of reverse learning. Neither Ravi nor Virat thought of this scenario; Sanju summed things up in a jiffy and wasn’t afraid to communicate his thoughts. That’s a big tick as far as I am concerned