Indian Cricket: R. Sridhar reveals the time when he lost his cool on Shubman Gill 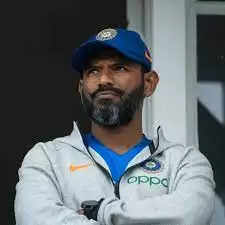 Shubman Gill is one of the leading lights in Indian and international cricket right now. The 23 year old recently etched his name in cricket history by becoming the youngest ever player to score an ODI double ton. Gill’s ascent to the top has been one to watch but it wasn’t smooth sailing since the time he became an India regular. There were times where the youngster from Punjab had to be reigned in. Former India fielding coach, R. Sridhar recently came out and made a comment about the same.

R. Sridhar quit the Indian team after his stint ended alongside Ravi Shastri. The man who was part of some of the greatest Indian wins has now come out with a book. The book is titled “Coaching Beyond : My Days with the Indian cricket team”. Sridhar has so far spoken about a host of things. One of the most intriguing aspects is the attitude of youngsters who made their way into the Indian team.

Under 19 world cup winner Shubman Gill made his test debut during the Indian tour of Australia at the MCG. He had replaced his former under-19 team captain and teammate Prithvi Shaw after a dismal show at Adelaide.

Gill then played the subsequent test series against England in early 2021 which India won 3-1. Sridhar who was the fielding coach then recalls when he lost his cool on Gill. Sridhar wrote in the book "In Ahmedabad, during the last Test against England in March 2021, things came to a boil with Shubman. I contemplated having a word with Ravi about it but held my horses and took him out for lunch instead,"

Sridhar keeps his cool to bring the youngster back in line –

After not complaining to Shastri, the former Indian coach decided to take it upon himself to bring Gill into his senses. Sridhar further wrote “I told him, 'You are considered the next big thing. People are looking at you from a leadership perspective. As a future leader, the one thing you should bring is inspiration. You should have a presence on the field and when you do something you must do it with intent. It is not just doing it for the sake of the team. Do it for yourself. Do it for your satisfaction, not because the captain wants you there. What you do there should be an inspiration for the whole team”

Gill is now a key part of India and has impressed one and all with his run scoring. During the tour of Bangladesh, he scored his first ever test ton. This followed up with a ton against Sri Lanka during the ODI series. Gill, then scored an amazing 208 to become the 5th Indian and the youngest in the world to score an ODI double century.