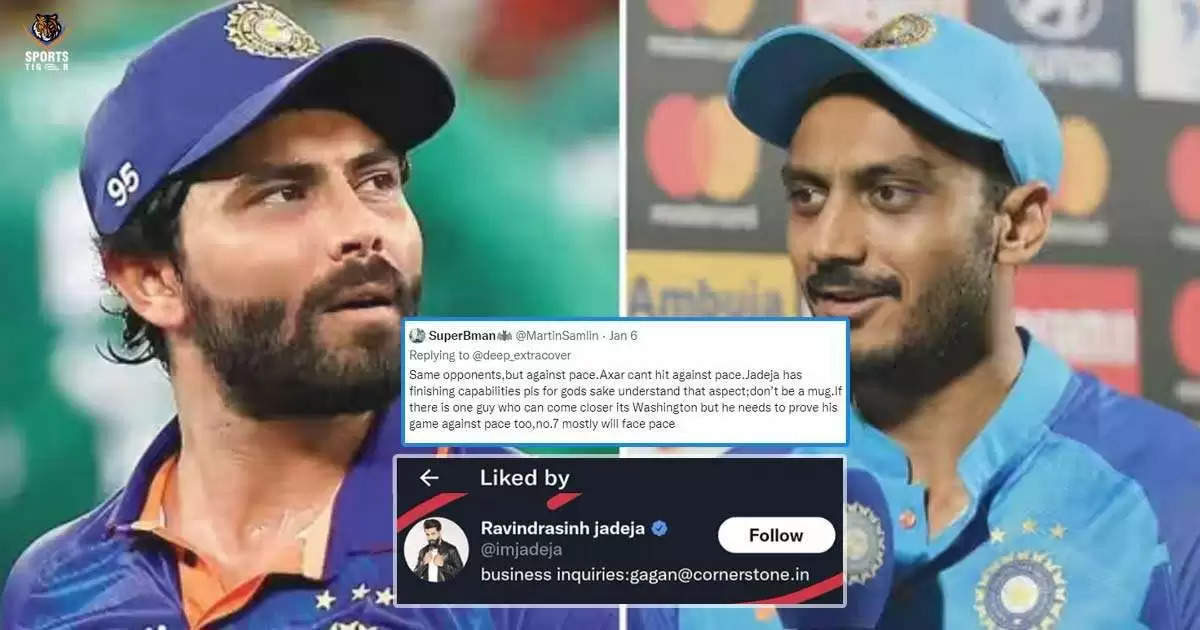 Indian Cricket over the last two decades has seen the competition for places increase. For every position now there are two or three options ready who are set to fill the spot. The Indian cricket team has faced a lot of injury issues with recent past. Some of the big names have been sidelined due to injury who are either just coming back or looking to make a comeback into the Indian side. One of the names is 34 year old Ravindra Jadeja who has been out for a while now.

Ever since Jadeja has been injured, his place has been taken by Axar Patel. The 28 year old has played a pivotal role in recent times with the bat and ball. During the 2nd ODI against Sri Lanka at Kolkata, the left hander scored 21 off 21 balls with 1 four and 1 six to play a small but important role in India’s win.

One twitter though did not spare Axar Patel despite his impressive efforts in recent times. The twitter user wrote “same opponents, but against pace, Axar cant hit against pace. Jadeja has finishing capabilities pls for god sake understand that aspect, don’t be a mug. If there is one guy who can closer its Washington Sundar but he needs to prove his game against pace too, number 7 mostly will face pace” this was a tweet that was liked by Jadeja. One fan even slammed Jadeja for liking such a tweet and asked to do it from a burner account if he has to like such tweets in the 1st place.

Axar Patel has found himself as an integral part of the Indian team since he made his test debut in early 2021. Patel has gone on to play a huge role in the Indian wins the ball and bat in the longest format of the game. Patel also scored a match winning half century in the 2nd ODI last year at Trinidad. The 28 year old also scored an half century against Sri Lanka at Pune despite India chasing a huge target and falling short.

Ravindra Jadeja hasn’t played any cricket since the 2022 Asia Cup early stages. The all rounder hurt himself in a freakish accident and is yet to make a comeback. He was earlier set to be part of the Bangladesh series but pulled out at the last moment. It is expected, Jadeja will make a comeback for India during the series against New Zealand. Jadeja is also expected to be part of the team with Axar Patel along with Ashwin for the test series against Australia.