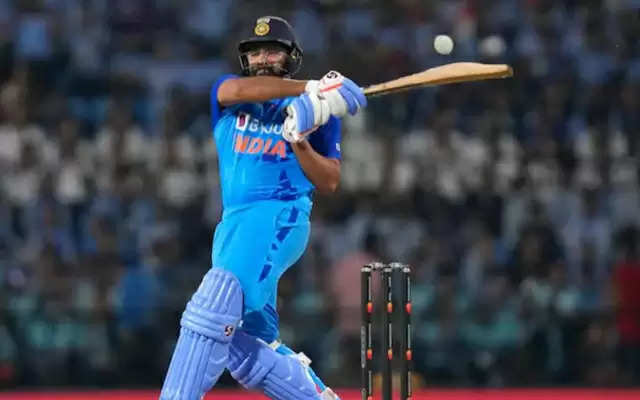 Shubman Gill for a long time has been called one of the best upcoming talents. The 23 year old caught the eye of the world when he played for India in the 2018 Under-19 World Cup. Gill’s silken touch and amazing shot selection not only got him new fans, but also left some of the best in the business marvel at his talents. Gill became the latest sensation after he scored a tremendous double ton against New Zealand at Hyderabad on Wednesday.

Indian skipper Rohit Sharma celebrates his birthday on 30th April which comes during the peak of IPL season. In 2020, it was a different world as the entire world including was stuck at home due to Lockdown measures after the outbreak of COVID-19 pandemic.

During such a time, Rohit was celebrating his 33rd birthday when Shubman Gill took to Twitter and wrote “ Well no one does pull shots better than the #hitman. Happy birthday! @ImRo45”. Rohit responded with a 2 word answer which read “Thanks future”

The 23 year old from Punjab has been in fine form in recent times. Gill, scored his 1st test ton during the recent tour of Bangladesh. Gill soon made his T20 debut against Sri Lanka and also played the ODI series. During the final ODI at Kerala, Gill scored 116 to show his class with the bat.

At Hyderabad on Wednesday, the 23 year old soon scored his 2nd ton in a row and was the leading scorer with 208. Gill hit his former IPL teammate Lockie Ferguson for 3 sixes in a row to reach his double century. Gill’s knock came from 149 balls with 19 fours and 9 sixes. He also became the youngest batter and the 5th batter from India to score a double ton.

Gill next will be seen playing the 2nd ODI on Saturday against Raipur, he is also expected to play the T20 series against New Zealand after the ODI series. Australia are the next opponents as Gill faces the Pat Cummins led side in a 4 match test series and 3 match ODI series. If India win the series, Rohit Sharma and his men will take on Australia in the final of the WTC. With this being a World Cup year, all Gill can hope to do is score runs at this rate and write his name in the team sheet for the World Cup.