Indian Cricket: Round up of results from the 5th round of games for Ranji Trophy 2022 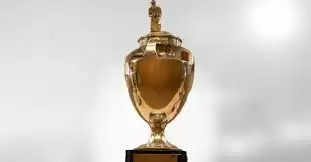 Indian cricket fans had their eyes at the Barsapara Cricket Stadium on Tuesday for the big ODI between India and Sri Lanka. Domestic cricket too was seeing the 5th round of games for Ranji Trophy and here is a round up of all the results from the 1st day’s play across India.

Arunachal Pradesh scored 213 all out thanks to an amazing century by Rahul Dalal. The wicketkeeper batter scored 147 (116B with 23x4 and 2x6). For Sikkim, It was P. Tamang with 4 and Ankur Malik with 3 wickets who did the trick. In their 1st innings, Sikkim were 3 down with Nilesh Lamichaney out for run a ball 38.

14 wickets fell as the ball dominated proceedings on the 1st day at Shillong. Meghalaya batted first and were all out for 157 with Kishan Singha picking 6/18 for Manipur. Manipur were 13/3 at one stage before, L. Keishanbhagam scored 48 before becoming the Rajesh Bishnoi’s 3rd wicket for the day.

Prithvi Shaw made it a day to remember with an unbeaten half century as Ajinkya Rahane scored yet another half century for the season. Mumbai ended the day at 397/2 from the 90 overs. Shaw was not out on 240 (283B with 33x4 and 1x6). Rahane was not out on 73 off 140 balls with 5 hits to the fence.

Baroda batted first and finished the day at 222/7 as opener J. Singh scored 85 off 217 balls with 13 fours. He was ably supported by P. Moliya who scored 50 off 85 balls with 9 fours. For Bengal, Akash Deep picked 4 wickers, while Mukesh Kumar picked 3 wickets.

Staggering 18 wickets fell on the 1st day as the two teams traded blows. Jharkhand were bowled out for mere 103 with Kumar Suraj top scoring with 19. For the visitors, it was Ravi Kiran who was the star the with the ball as he picked 5/32. At stumps. Chhattisgarh were 95/8 with Avinash Dhaliwal not out 46. Ashish Kumar and Vikash Singh picked 3 wickets while Nadeem picked 2.

4 wickets for Akash Pandey and 3 by Karn Sharma bowled out Tripura for 96. B. Das with 35 and W. Saha with 24 and 14 by Murasingh were the 3 batters to reach double figures. Vivek Singh for 4 was the only wicket to fall for Railways as Shivam Chaudhary (60*) and Pratham Singh with (56*) saw out the day.

Only 3 overs were possible as Vidarbha were 6/0 with bad light putting a stop to play before stumps were called.

Punjab vs Jammu and Kashmir – Mohali

33 overs were bowled before bad light brought an abrupt end to the day with Jammu and Kashmir on 146/6. Abdul Samad stole the show with 29 ball 46 with 8 fours and a six. Vivrant Sharma scored 41 off 45 balls, for Punjab it was Siddharth Kaul who picked 3 wickets with the ball.

Home team Goa were all out for 223 with Darshan Misal top scoring with 50. Sagar Udeshi with 5/76 did the star turn for Puducherry with the ball. in reply Puducherry saw out the 4 overs with 17 on the board.

Diwesh Pathania and Poonam Poonia at one stage had Kerala struggling at 19/4. 96 runs stand between Sachin Baby and Salman Nazir bought the home team back into the game. Nizar was out for 42, as Akshay Chandran scored 32. The star of the day was Sachin Baby who is batting on 133(235B with 11x4 and 1x6). Sijomon Joseph is keeping him company on 29. Kerala ended the day at 254/6 from the 90 overs bowled.

Bad light stopped play with Nagaland at 83/5 with Srikanth Mundhe on 30 as Harshal Patel and Nishant Sindhu picked 2 wickets each.

Vaibhav Arora’s 5/51 from 14 overs rattled Odisha as they were bowled out for 191. Shantanu Mishra who had scored a double century in the last game was the top scorer with 52. In form HP opener, Prashant Chopra was on 61 at stumps with Amit Kumar yet to open his account. Raghav Dhawan (27) and Ankit Kalsi with 0 were the two wickets down.

UP vs Uttarakhand – Lucknow

CR Gnaneshwar with 81 and Hanuma Vihari 79 not out helped Andhra score 203/3 from 74 overs after a late start to the day.

Ruturaj Gaikwad scored an amazing century after getting retired hurt due to an injury. Kedar Jadhav scored yet another half century after his blistering 283 in the last game. Gaikwad was batting on 118 (126B with 16x4 and 3x6), while Jadhav scored 56 off 78 balls with 5 fours and 2 sixes. Azim Kazi was not out 87 (119B with 6x4 and 4x6). Maharashtra had scored 350/6 at stumps.

12 wickets fell as Rajasthan were all out for 129 in their 1st innings. Kaverappa with 2 and 4 wickets each by Vyshak and Koushik did the damage with the ball. KS Rathore with 33 and Karan Lamba with 31 were the top scorers for Rajasthan. In reply, Samarth was out for 8, while Padikkal making a comeback was out for 35. Mayank Agarwal with 49 and Nikin Jose with 10 were not out at stumps