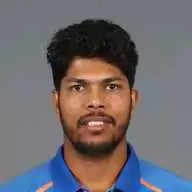 In 24 hours, the Indian cricket fans will be able to witness the first T20 match between India and Australia. The match at Mohali, will the first of 3 in a short series which is being witnessed as an important one. Both the teams will use this series to fine tune their preparations for the T20 World cup.

Mohammad Shami, was named in the Indian squad for the 3 match series against Australia. The 32-year-old had pull out due to him getting positive for the dreaded Coronavirus. The unfortunate news came late on Saturday night which caught a lot of fans unawares at first. He was soon replaced by fellow veteran pace bowler, Umesh Yadav.

Umesh Yadav who turns 35 in a month, was a surprise call up the Indian squad. The right arm pacer hasn’t played T20 cricket for India since 2018. On his comeback, Yadav while speaking to journalist Vimal Kumar said “I did not play any white-ball cricket after playing for RCB in IPL 2020. I was doing well, practicing well, but I did not get the chance. Uske pehle kisiko pata hi nehi tha (No one was aware of how I was doing in the nets). Everyone got to see how well I was doing when I got a chance with KKR in IPL 2022. People got to understand that I was not just relaxing in the off season,"

Umesh Yadav was warming the benches during the IPL 2021 season where he was part of the Delhi Capitals team. Yadav was released from Delhi team and was snapped up by his former team Kolkata Knight Riders. In 12 games for KKR, Umesh Yadav picked 16 wickets this season with an economy rate of 7 and best of 4/23.

Yadav was part of the Indian team which toured England, earlier this year. He stayed back to play the county and Royal London Cup for Middlesex and picked 16 wickets with the ball including a five wicket haul.

Umesh speaks on his time with Middlesex –

Speaking to Vimal Kumar the 34 year old had fond memories of his time in London and said “You could say that I was lucky, because not many matches were happening in India because of the rain, so got lucky with the Middlesex offer. I knew that only practicing and not playing any matches won't amount to anything. When you play, your body remains in that environment, your muscles stay loose and you are more agile. I was enjoying my county stint, the weather in England is good”