Indian Cricket: Twitter trolls Arshdeep Singh as he bowls three consecutive no balls on his return 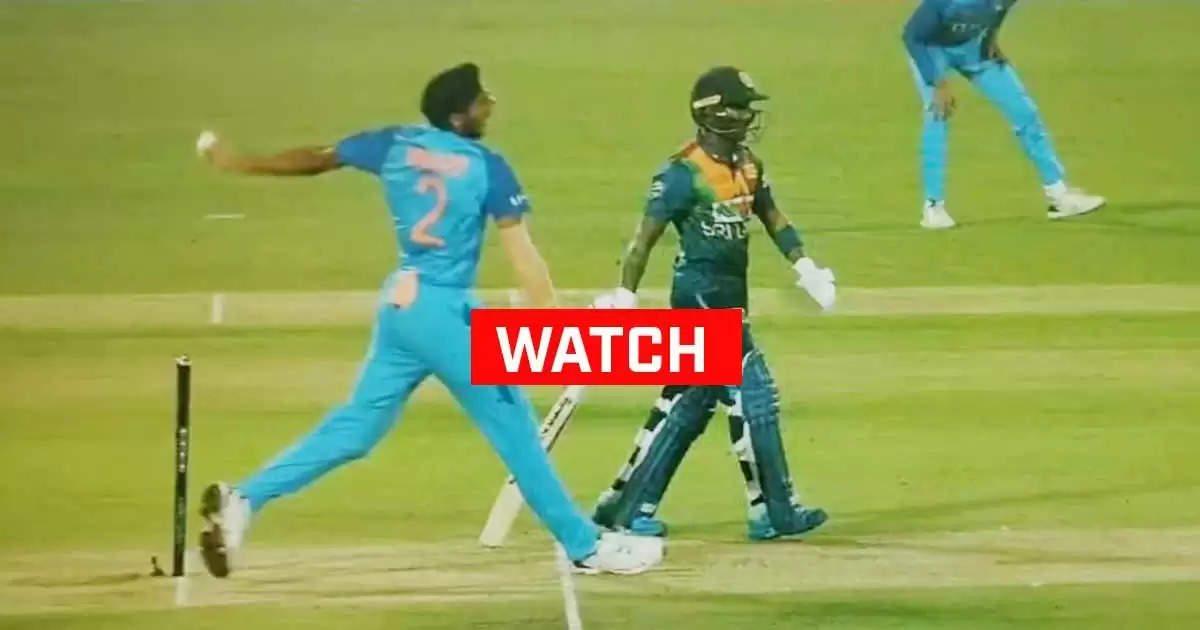 India came to Pune on the back of a 2 run win over Sri Lanka in the 1st game at Mumbai. The defending Asia Cup champions, Sri Lanka gave it their all only for the Indian bowlers to pull it back in the final few overs of the game.

The 2nd game at Pune was promising to be another amazing contest as the MCA stadium is known for its high scoring. India had suffered a blow a day before the game, when Sanju Samson had pulled out due to an injured knee.

India won the toss and surprised everyone by bowling first. The decision by Hardik Pandya raised a few eyebrows. India made two changes, as Arshdeep Singh came in for Harshal Patel. While there was a debut for local boy Rahul Tripathi who replaced Sanju Samson. The visitors went in with the same team.

Hardik Pandya bowled the 1st over and gave away just 2 runs. Arshdeep was given the 2nd over and he began by giving a boundary off the 1st ball. The next 4 balls yielded just 1 run before the carnage began. The final ball of the over was first signaled a wide, but the 3rd umpire spotted the left arm pacer had overstepped the line.

The free hit got a four, which was again a no ball and this time bigger. The 2nd free hit was swung down to fine leg for a six which again was a huge no ball. The 3rd and final free hit was a run as Mendis went for a single despite being caught behind. Arshdeep Singh had given 19 runs of the single over he had bowled.

Sri Lankan openers added 80 for the 1st wicket in just 50 overs with Kusal Mendis doing the maximum damage. Mendis scored, 52 off 31 balls with 3 fours and 4 sixes, as he was out LBW to Chahal. Umran Malik then struck when he had Rajapaksa bowled for 2 as the ball was clocked at 147. At the time of writing, Sri Lanka were 89/2 at the half way mark of their innings.

The Indian cricket fans weren’t happy with the first over bowled by Arshdeep Singh as they took to Twitter to troll the left arm seamer. You can read all the tweets below.

Arshdeep Singh becomes the first Indian bowler to bowl hat-trick of no balls in the same over. #ArshdeepSingh