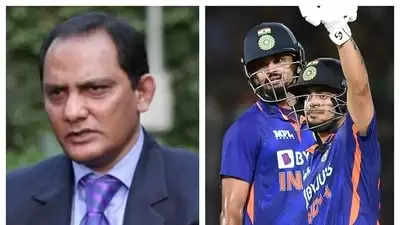 The Indian selectors on Monday, met to pick the India squad for the World T20. The tournament begins on October 16th, and the team had to be sent to ICC before 16th of September. The Indian selectors went in with the same squad barring a few big names returning to the squad. The likes of Mohammad Shami, Shreyas Iyer were named in the stand by players list. The likes of Umran Malik, Sanju Samson and Avesh Khan were not even considered for selection for the T20 world cup.

Surprised at the omission of Shreyas Iyer and Md. Shami from the main squad. https://t.co/GOKUzRyMot

Shreyas Iyer was one of the brightest talents in Indian cricket, before he was being found out. The 27 year old has been having issues with the short ball, and this has been his undoing over the last few months. During the re-arranged test versus England, he was twice out to the short ball. Iyer who captained the KKR side during this TATA IPL season, last played T20 for India against England.

Mohammad Shami might be the best Indian bowler along with Bumrah in the test format, but in white ball cricket it’s a different story. Since making his debut in 2014 in T20 cricket, Shami has played just 17 games in 8 years. He has picked 18 wickets, but has an economy rate of nearly 10 runs per over. This is very rich considering, teams now look for bowlers who can contain the flow of runs. Harshal Patel in a span of a year has played the same amount of games and picked 23 wickets with a economy of 8.5.

Fans slam Azharuddin for his comments –

The Indian cricket fans were surprised by the comments of the former Indian captain about the India squad for the T20 world cup. The fans took to twitter and voiced their opinion and you can read all the tweets below.