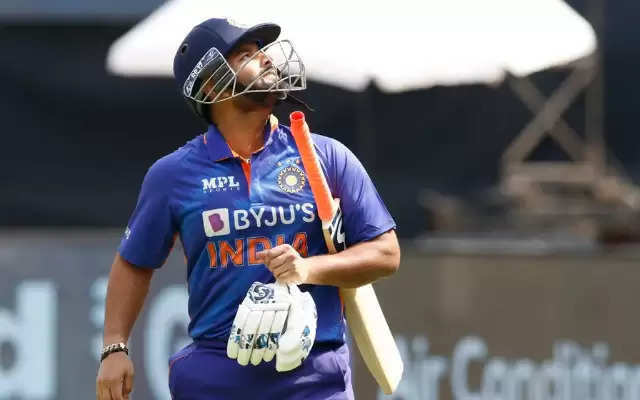 Rishabh Pant has always been earmarked for bigger things ever since he made his domestic debut. The left hander first put the world on notice with his aggressive batting during the 2016 under -19 world cup. He soon made his test debut in 2018 and the very first ball he faced he smacked Adil Rashid for a six. He has gone onto achieve big heights in the longest format of the game. In the T20 format though it’s a different story as he hasn’t made the right noises the world expected him to.

Former Indian all rounder, Irfan Pathan seems concerned about Pant’s form with the bat. The 37 year old has said that if Pant doesn’t improve, there could come a time when he could be waiting in the wings to make it to the playing XI. Speaking to Star Sports India, Pathan said “He has got stuck a lot, you will have to perform. As of now, you are doing the captaincy but it is possible that going forward a time might come where you might have to work hard to play in the XI”. Pathan infact had put out a tweet also on the subject which read “love Rishabh Pant as a cricketer but his t20 international numbers need to get better… “

India in the current series are playing with 3 wicket keepers in, Pant, Kishan and Karthik. The presence of Sanju Samson and also the presence of KS Bharat, Sheldon Jackson and even KL Rahul will have Pant on his heels. Pathan gave a warning to Pant when he said “You already have Dinesh Karthik and Ishan Kishan as wicketkeepers in the playing XI and Sanju Samson is waiting, and KL Rahul (who can keep) is a name who I will always keep in my playing XI. I feel he (Rahul) is the best cricketer. So there is a lot of competition, you cannot keep your bat quiet for too long”

Pant this year has scored a mere 100 runs from the 5 T20 games for India. He scored 52 off 28 balls against West Indies early this year. After the 29 against South Africa at Delhi, the Indian captain has scored just 5 and 6 in the next two games of the series. The constant failure of Pant has pushed the fans to the edge. With the World T20 just 4 months away, the time is ticking for Pant and he needs to pull his socks up.