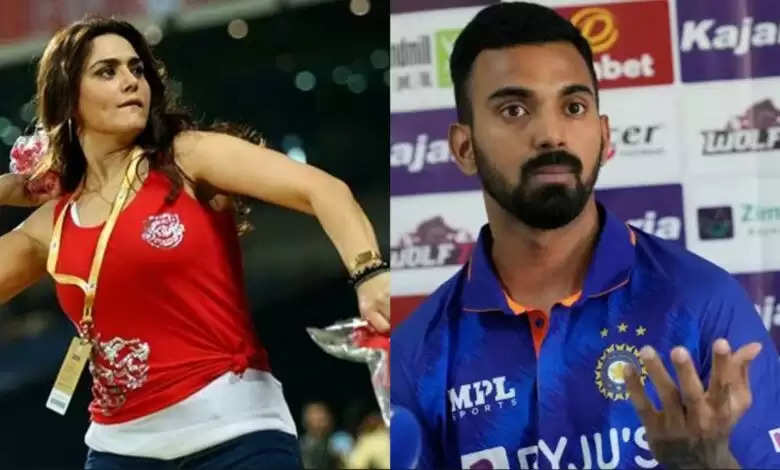 India on Wednesday were in festive spirit as they started the much anticipated 2022 Ganesh Chaturthi celebrations. By the end of the day, India were also celebrating the qualification to super 4’s with a 40 run win over Hong Kong. India now wait to learn which team from Group A goes through to the next round. Hong Kong and Pakistan are scheduled to play each other on Friday, and it is expected India and Pakistan are set to face off for a 2nd straight Sunday.

The story as it happened –
Hong Kong won the toss and chose to bowl first and India saw KL Rahul yet again struggle with the bat. Rahul was out for 1st ball duck against Pakistan and much better show was expected out of him. On Wednesday, Rahul began slowly as he was seen to be struggling to time the ball. Rahul scored 36 off 39 balls before finally falling caught behind.
Punjab Kings trolls KL Rahul –
KL Rahul made his way to Lucknow Super Giants this IPL after few years with the Punjab Kings outfit. Rahul was the captain for the Preity Zinta owned side before he made his move to the UP based outfit. After he fell for 36 off 39 balls, Punjab Kings were quick to take to twitter and fire a shot at Rahul. Punjab Kings tweeted “2nd blow for India, KL Rahul departs after a solid 36 off 39”.


Rahul gets slammed online –
KL Rahul was slammed by the Indian fans for his poor show with the bat yet again. Rahul began slow and at one point was 2 runs off 9 balls. Many fans who were watching the game couldn’t believe the tactics employed by Rahul against a pedestrian bowling attack.
SKY and Kohli take India to 192 –
Hong Kong bowlers had done well to keep India quiet till the time Rahul was at the wicket. The fall of the Indian opener saw Surya Kumar Yadav walk in and the pair added 98 in exactly 7 overs. Kohli scored his 31st T20 half century, while Surya got to the mark for the 6th time. The pair helped India reach 192 as Kohli was not out on 59 from 44 balls with a four and 3 sixes. Yadav was 68* from 26 balls with 6 fours and 6 sixes and scored 26 runs from the last over.