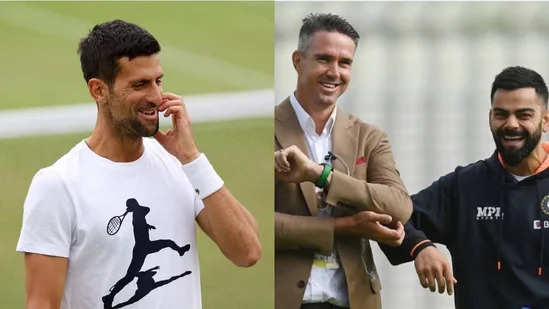 Virat Kohli’s loss of form with the bat this year has snowballed into an international talking point. The former India skipper hasn’t scored a century since November 2019, when he scored 136 during the India versus Bangladesh test match at Kolkata. This was India’s first ever day and night test match. Since then its been over 75 innings that Kohli hasn’t struck a century which would be his 71st international ton. Kohli hasn’t had a great 2022 with the bat and has seen constant failures which has got him the support of many big name cricketers.

Virat Kohli was given a break by BCCI for the entire West Indies tour, as the men in blue play 3 ODI and 5 T20 matches. Kohli will now be focusing on getting his head back into the game as he decides to stay back in UK after the Indian team departs. Kohli is expected to be with his wife and will be joined by his family.

Former England player and once RCB team mate of Kohli, Kevin Pietersen knows a thing or two about loss in form. KP as he is fondly called recently put out a story on Instagram which read “Buddy, your career has had some of the best that have played the game only wish they could have done what you have(so far). Be proud, walk tall & enjoy life. There’s way more than just the bubble of cricket out there. You’ll be back, @virat.kohli”. The story was liked by none other than tennis champion and current holder of the prestigious Wimbledon Novak Djokovic.

Yannick Bolassie gives his support to Kohli as well –

Just a few days ago, Pakistan skipper Babar Azam had come out in support of Kohli and he wrote “this too shall pass. Stay strong”. Kohli too had replied to the tweet and said “thank you keep shining and rising. All the best”. The tweet from Babar Azam got the attention of former Everton star Yannick Bolassie. The former Merseysider said “Legend! Love this”.

The support for Kohli has been coming thick and fast as the 33 year old attemtps to shrug off his bad form with the bat. Kohli will next be seen playing for India in the Asia Cup towards the end of August.