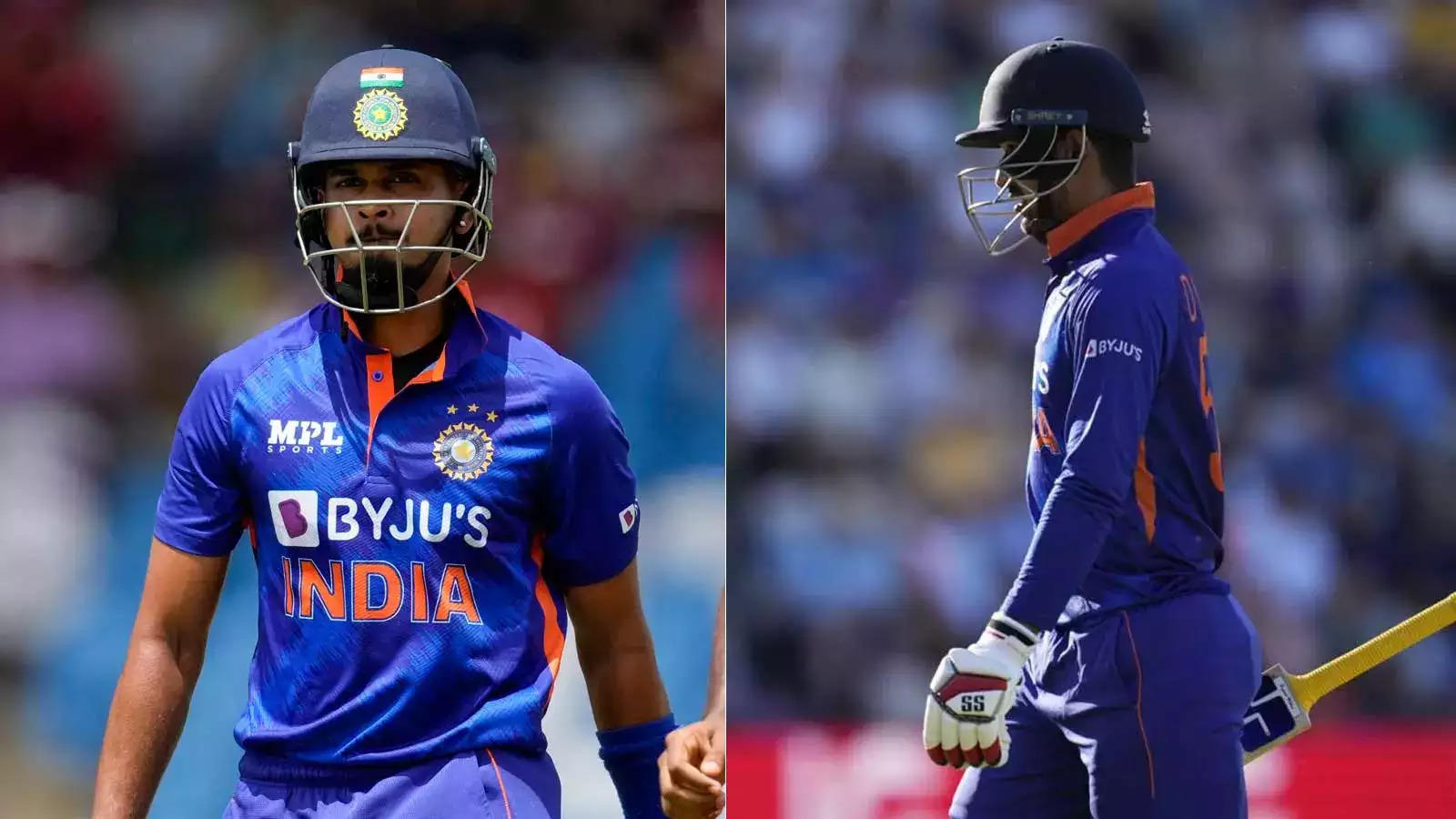 Indian cricket team is well on its way to get itself prepared for the T20 World Cup which is to be held in Australia in 2 months. India post the IPL have been busy with a lot of T20 cricket, which began with the start of 5 match T20 series against South Africa. India then played Ireland in 2 games and then 3 T20 games versus England. Currently they are playing a 5 match T20 series against West Indies post which they play the Asia Cup and a few home games against Australia and South Africa. Yesterday India won the first T20 but there were few decisions that raised a few eyebrows.
The story as it happened -
India batted first and opened with Surya Kumar Yadav and Rohit Sharma, one of the calls that has raised eyebrows was that of Shreyas Iyer. The selection of Iyer irked former Indian captain and chief selector Kris Srikkanth. The dynamic batsman from Chennai questioned why Deepak Hooda wasnt preferred over Iyer.
Srikkant irked over Iyer's inclusion -
former cricketers Pragyan Ojha and Kris Srikkanth were part of the panel which is presenting the series as a part of the subscription based channel FanCode. Srikkanth was heard saying "Where is Hooda? He did well in T20Is, He did well in ODIs as well. He is the guy who should be there. In T20 cricket you need to understand, that you need all-rounders. Batting all-rounders, bowling all-rounders, so more the all-rounders better for you"
Pragyan Ojha responds -
Former India left arm spinner Pragyan Ojha was quick to respond to Srikkanth and said " Rahul bhai believes that if a player performed for you first then play him and back him. Then you go ahead with the other options,”. To which Srikkanth said " ahul Dravid ka soch humko nahi chahiye. Aapka soch chahiye. Abhi chahiye. Abhi do.” To which Ojha sheepishly said " Hooda toh hona chaiye. Obviously Hooda.” Srikkanth had the final say and said  “Bas. Khatam,”
Deepak Hooda has been in good form with the bat as he scored a century against Ireland to become the 4th Indian to achieve this feat. Iyer on the other hand was out for a duck during the 1st T20. The fans will hope to see Hooda back in the playing XI for the next game which is to be played on Monday.