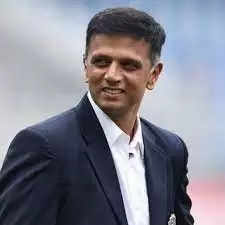 Indian cricket is the hottest commodity in all of world cricket. Since the last 3 decades none of the teams have been as closely followed and scrutinized like the way the Indian team has been. Two of the most toughest jobs in the world is being the Indian team coach and the Indian team captain. Both the jobs are lucrative and both have their own pitfalls and advantages. Post the era of Sourav Ganguly, two names have stood out one is Virat Kohli for what he did for the test team and the other is MS Dhoni.

The Game of thrones in Indian cricket–

Rahul Dravid decided to stand down as a the skipper of the Indian team post a successful England tour in 2007. This created the biggest question, who after Dravid? While the BCCI wanted Sachin Tendulkar to take over, the Indian batting legend did not want the job for the 3rd time. Instead he suggested MS Dhoni to take the job and MSD was handed the reign for the T20 world cup which he won. The then 26 year old was given the job on a full time basis.

Former Indian legendary batsman Yuvraj Singh has come out and dropped a bombshell about the inner workings of the BCCI. The former India world cup winner said that he was denied the chance to be the captain after he took a stand against Greg Chappell. Yuvraj was one of the few players who spoke about the way Ganguly was treated by the former Australian coach. Yuvraj said “I was supposed to be the captain. Then the Greg Chappell incident happened. It had become Chappell or Sachin. I was probably the only player who supported…that I support my teammate. And there were a lot of people in the…Some of the BCCI officials did not like that. It was said that they should make anybody the captain but not myself. This is what I heard,”

The musical chairs for captaincy –

When MSD took over the team, Sehwag and Yuvraj were already the seniors in the squad. Sehwag had made his debut for India 5 years before MSD (Sehwag’s first game was in 1999 under Ajay Jadeja). Yuvraj had made his debut under Ganguly in 2000 in the then ICC Knockout Trophy. Despite the seniority MSD was elevated to the captaincy post and Yuvraj Singh threw some light on this as well while speaking to Sport 18 when he said “I am not sure how true it is. Suddenly from vice-captaincy I was removed. Sehwag was not there in the team. So, out of nowhere, Mahi (MS Dhoni) became captain for the 2007 T20 World Cup. I thought I was going to be the captain, Viru (Virender Sehwag) was senior but he was not on the England tour. I was the vice-captain of the ODI team while Rahul (Dravid) was the captain. So, I was supposed to be the captain. Obviously, it was a decision that went against me but I have no regrets about it. Today, if the same thing happens, I will still support my teammate”