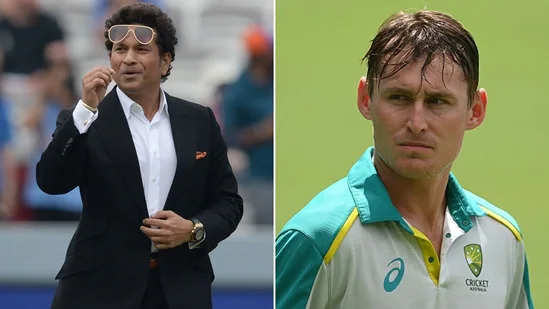 Sachin Tendulkar is one of the biggest names in the history of cricket. The master blaster played international cricket for 24 years and scored over 34000 runs with 100 international centuries for India. Tendulkar made his debut in 1989 when he was just 16 years old and retired on his home ground at the Wankhede stadium in Mumbai. Since his retirement,barring a few legends tournament, Sachin Tendulkar isn't seen much as he mostly keeps away from public spotlight. Sachin since his retirement also speaks about a lot of other sports and promotes it on his social media platforms.

2022 version of commonwealth games started on Friday after a glitzy opening ceremony on late Thursday night. The games which is being hosted by Birmingham also is seeing  cricket being part of the games. India and Australia got off the cricket to a start with the first match which was played at the Edgbaston ground at Birmingham.

Sachin Tendulkar tweets about the game as Marnus Labuschagne replies -

Sachin Tendulkar took to Twitter and wrote " wonderful to see our beautiful game back in the commonwealth games. Hope this takes our beautiful game to newer audiences" Sachin ended the tweet by wishing the women's team all the best. This tweet caught the attention of Australian batsman Marnus Labuschagne who replied with " Agreed Sachin, Aus v India is going to be an amazing opener too "

Australia came from being 49 for 5 while chasing 155 on the board. Gardener scored an unbeaten 50 to take home the win for the Australian team. Renuka Singh Thakur has earlier rocked the Aussies with a four wicket haul to reduce them to 34 for 4. Before the Australian lower order fought back for a win.

The Indian fans showed their anger at Marnus Labuschagne on twitter and you can read all the tweets below.

Agreed Sachin. Aus v India is going to be an amazing opener too 👏🏼

You should say Sachin sir !! Not Sachin