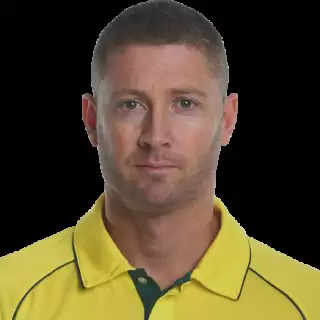 Jos Buttler and his men then went on to the win the World Cup with Ben Stokes playing a major role in the 5 wicket win over Pakistan on Sunday. Post the tournament former Australian captain Michael Clarke has started a new war of word with English spinner Adil Rashid.

While rest of the teams have left the Australian shores, the English are staying put. Buttler and his men will play 3 ODI matches with the first game to be played on Thursday 17th November. The first ODI will be played at Adelaide, while the 2nd and 3rd games will be played at SCG on 19th and MCG on 22nd November.

English spinner Adil Rashid isn’t particularly impressed with England diving straight into a series after the T20 World Cup. Rashid played a key role in the Semis versus India and the finals versus Pakistan.

Speaking ahead of the 3 match ODI series, Adil Rashid said “Those kinds of things are a shame. Having a game in three days' time, it's horrible. As players we're kind of getting used to it now”

It seems the flavor of the season is taking a dig at the Indian Premier League. After Wasim Akram and Michael Vaughan yet another former international cricketer has taken a dig at the best domestic T20 cricket league in the world.

Michael Clarke the former world cup winning Australian captain has taken a dig at IPL while training guns at Adil Rashid’s shoulders. Michael Clarke took exception to Rashid’s comments ahead of the ODI series between England and Australia.

Clarke while speaking to the media said “If it was playing in the T20 World Cup and then the next day get on a plane to depart for the IPL, I don't think you'd hear anybody whinge, Players can't complain about the international schedule when they're taking the opportunity to play domestic cricket as well for franchises for money when you can have that six or eight week off. Then you'd be as fresh as a daisy.