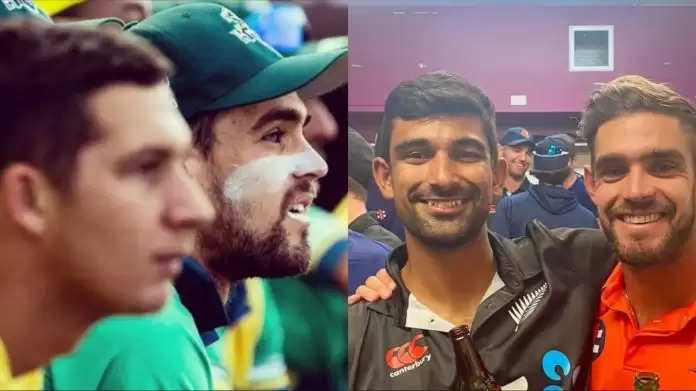 International cricket has seen a lot of wonder stories, but also some fascinating ones. We have heard of how Kepler Wessels played cricket for Australia before moving back to South African colors after their re-admission into international. Kevin Pietersen is another example of a player who made it big after switching nationalities. KP born in South Africa moved to England and became a huge member of the side which dominated test cricket for a major part of half a decade. Michael Rippon may be a name not many fans may know but the 31 year old has done something unique which may leave many pf the fans in a state of amazement and disbelief.

Michael Rippon earlier this year made his debut for Netherlands which is in Europe and played against New Zealand. In a strange turn of events, Rippon has now switched to New Zealand based out of the Australia and Oceania and is playing the T20 series against Scotland. Interestingly the oddity doesnt end here, as Rippon was born in the rainbow nation of South Africa out of the African continent. One eagle eyed twitter user posted this information via his tweet.

Michael Rippon is the first player to represent countries from two different continents in international cricket, which are different from his continent of birth.

Batting first, NZ opened with Finn Allen and Cleaver and the pair added 25 runs in the first 2.1 overs before Allen was out for 6. NZ reached a massive 254 thanks to some big contributions by Chapman with 83 and Michael Bracewell with 61. Daryl Mitchell scored 31 while Cleaver and Neesham both scored 28.

Chasing 255 to win, Scotland were never expected to make a successful chase Chris Greaves with 37 was the top scorer as the 2nd highest scorer for the home team was 22 by captain Richie Berrington. Rippon made a good start with the ball for the Kiwis as he picked 2 wickets for 37 runs from his 4 overs, his victims included Michael Leask and Alasdair Evans