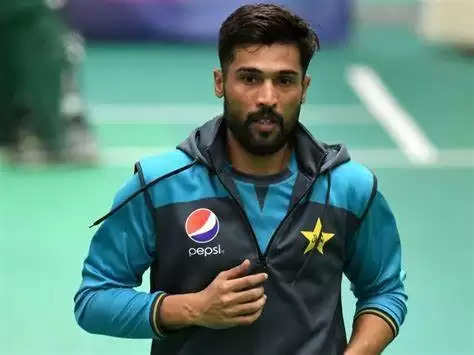 2022 T20 World Cup took an unexpected turn as Zimbabwe beat Pakistan by a single run on Thursday. The loss puts Pakistan nearly out of the tournament as the 2009 T20 WC champs now have to win all their games. Pakistan also have to wait for the results of other games to go their way.

The loss to Zimbabwe has had a ripple effect in Pakistan as there are angry reactions and frustrated voices coming out of the Pakistani cricket corridors. The fans and former players have aired their displeasure with one former player speaking out loud.

After Pakistan’s 1 run loss to Zimbabwe on Thursday, the fans and former players have called for the head of the captain and the PCB chief. Mohammad Amir and Wahab Riaz were in a panel along with former player and captain Saleem Malik. Amir, who quit the game at the age of 28 has had a longstanding feud with Ramiz Raja the PCB chief.

Mohammad Amir had his say on the loss post the loss to Zimbabwe and said “from day one I said poor selection  ub is cheez ki responsibility kon le ga I think it's time to get rid of so called chairman jo pcb ka khuda bana hwa hai and so called chief selector”. Amir was along with Riaz as they joined Saleem Malik during the analysis post the loss. The trio were visibly angry and lashed out at the inept batting by Pakistani batters.

Babar Azam and Rizwan were out cheaply scoring 4 and 14 as the Pakistan batters struggled in the power play. Needing 11 runs to win the final over, Pakistan scored 7 off the first 2 balls to make it 4 runs off 4 balls. A Single and Dot ball later it was from 3 from 2 that’s when Nawaz holed out to make it 3 off 1. Shaheen Afridi was run out while going for an impossible 2nd run to give Zimbabwe the win by 1 run.