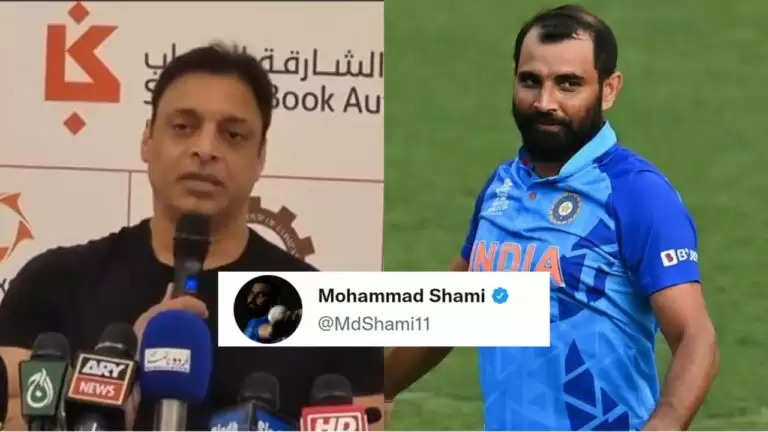 England on Sunday, created history by becoming the first team to hold the 50 over and 20 over World Cup at the same time. Ben Stokes yet again played the knock off a lifetime as he proved his billing as a big match winner.

The 31 year old played the knock of a lifetime in the final to guide his English team to a 5 wicket win with an over to spare. The celebrations after the winning run was hit, saw Ben Stokes and Liam Livingstone celebrate wildly breaking the hearts of the Pakistani fans.

Former Pakistani fast bowler had been in the news for his constant tirades against the Indian team. Akhtar, had earlier said that India will be eliminated from the tournament and wont make the final. The former fast bowler also had a glee on his face when India lost the Semi Finals of the tournament.

Post the loss to England in the ICC T20 World Cup final, the banter began from the Indian side. Shoaib Akhtar took to Twitter to post an heartbroken emoji after the final. Replying to this India fast bowler Mohammad Shami said “Sorry Brother its called Karma”

Chasing 138 to win, England began shakily as they lost the wicket of Alex Hales for 1 bowled by Shaheen Shah Afridi. Haris Rauf struck next when he got the wicket of Phil Salt for 10. Jos Buttler played some crisp shots to reach 17 ball 26 before he too fell to Haris Rauf caught behind by Rizwan as England were 45 for 3.

Harry Brook and Ben Stokes then added 39 runs for the 4th wicket before Brook was sent back by Shadab Khan caught by Afridi for 20. Moeen Ali and Stokes added a quick 48 run stand before Ali was bowled by Mohammad Wasim for 19 with England needing 6.

Afridi had injured himself when taking the catch of Brook and he bowled just 1 ball in his 3rd over before going off the field. Stokes then took toll of the 5 balls by Iftikhar Ahmed when he smashed him for 13 runs including a four and a six. The winning runs were hit in the last ball of the 19th over.