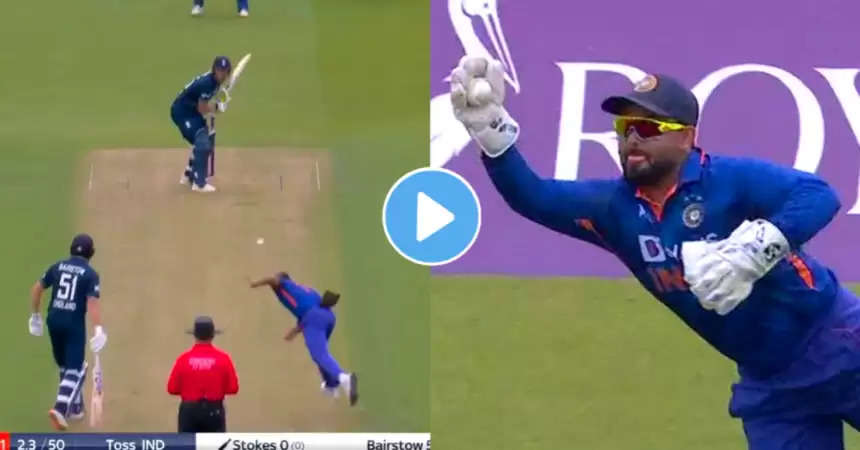 The first ODI between India vs England at the oval was heavily dominated by the Indian bowlers. Jasprit Bumrah took a wicket of Joe Root and Jason Roy in the first over and eventually became the first Indian pacer to pick a six wicket haul in England.

But Md.Shami bowling performance was totally  commendable when he picked up the wicket of the England test captain Ben Stokes by dismissing him with a swinging delivery. The wicket keeper Rishabh Pant completed the catch to dismiss Stokes.

The Indian keeper has shown noticeable improvement in his keeping skills over the last few years. In Today's match he has set an example by taking a mind-blowing catch. Hence Ben Stokes had to return to the pavilion on a golden duck.