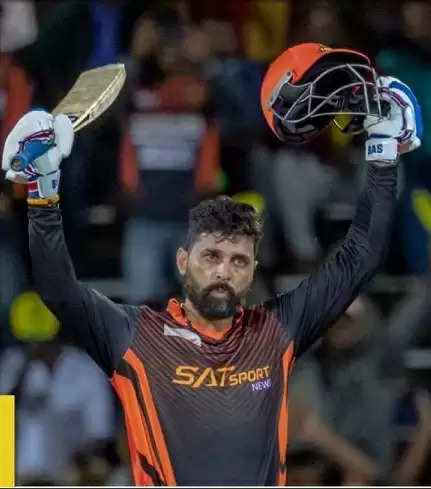 Tamil Nadu Premier League 2022 season is seeing some top cricketing action on the field of play. Some of the biggest stars from Tamil Nadu cricket are taking part in this tournament. Some of the big names who have either played for India or aspire to play for the nation or the state are taking part in the tournament. One of the names that is creating a lot of buzz is that of Murali Vijay who at 38 has made a comeback to cricket after nearly 2 years away.

Murali Vijay scores a ton but his team loses the game –

Murali Vijay who last played cricket during IPL 2020 for CSK was away from the game for a long time. The 38 year old is playing for Ruby Trichy Warriors in the TNPL 2022 season. Vijay scored a 57 ball century for his team while chasing a huge 237 run target against Nellai Royal Kings. Vijay was out in the last ball after scoring 121 off 67 balls with 7 fours and 12 sixes. Apart from Vijay only Aditya Ganesh with 13 and Sarvana Kumar with 10 managed to reach double figures.

Batting first, the Kings both their opening batters by the time they had reached 29 on the board. From there it was a pounding for the Warriors bowling as Baba Indrajith and Sanjay Yadav put on 207 in 98 balls. Indrajith who played for KKR this year scored 92 off 48 balls with 5 fours and 8 sixes. Sanjay Yadav too played IPL this year for Mumbai Indians and he scored 103 from 55 balls with 6 fours and 9 sixes to help their team reach a massive 236 on the board.

Vijay’s wife reacts to the knock –

A twitter user put up the reaction of Vijay’s wife who seemed to capture the image of him raising his bat after the ton. She wrote “my main man on fire”. Vijay last played for India in 2018 during the Australian tour. He played the Perth test and after a debacle with the bat he was dropped from the side. Vijay has played 61 tests for Indian scoring 3982 runs with 12 centuries and an average of 38 as opener.