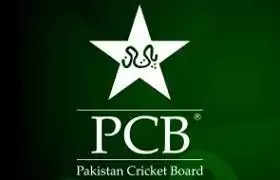 Indian Premier League is growing leaps and bounds with every passing year. The league which began in 2008 has become a monster on and off the field. This year the League saw two new teams in Gujarat and Lucknow. The new entrants Gujarat Titans won the title first time of asking. Post the end of the IPL, the BCCI saw a huge windfall when they got big money from the television and digital rights. Huge money was poured in to bag the rights for the biggest domestic T20 league in the world.

Jay Shah, the BCCI secretary recently revealed that TATA IPL 2023 will be given a window by the ICC. The tournament is set to run for two and half months. The matches are set to go up from 70 to 74 and by IPL 2027 it go up to 94. This has sent the fans into over drive. But there also concerns about the future of bilateral cricket, and Jay Shah addressed this situation. Jay Shah said “We are having discussions with various stake-holders, There are also multiple proposals for all the IPL franchises of playing friendlies overseas. That idea is being seriously contemplated but for that we also need to speak to other boards as we would need to know the schedule of international players”

The latest move from BCCI has left the Pakistan Cricket Board worried. PSL which happens in February, witnesses international cricket in Pakistan post that period. They now have said that they wish to discuss the issue when the Boards meet in July during the Commonwealth games. Speaking to NDTV a source from the PCB said “The ICC board meeting will be held during the Commonwealth Games in Birmingham in July and this matter will probably be discussed there. Mr Jay Shah has said that the BCCI is committed to international bilateral cricket but with so many leagues cropping up and the IPL planning expansion this has to be discussed among the cricket boards”

TATA IPL began in the year 2008, with an eight team format. The league saw two new teams in the 2011 season in Kochi and Pune. The Kochi franchise was disbanded the neat year, while Pune was disbanded in 2013. The format this year saw every team play 14 games, but the idea is to raise it to 18 games in the coming years and by the time IPL 2027 rolls through, the league is going to get bigger.