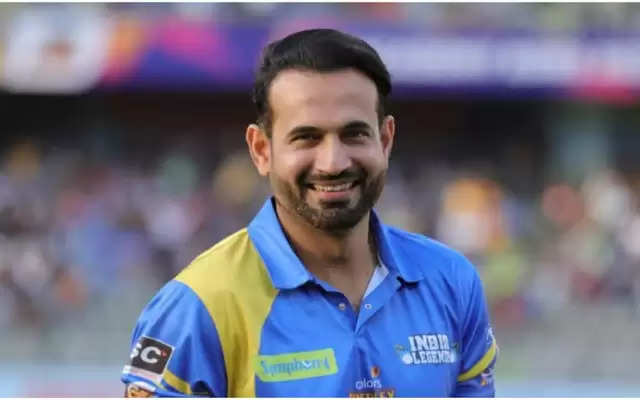 It was a thrilling end to the Super 12 stage of the ICC 2022 T20 World Cup. The semi finalists are now confirmed as the 4 teams are set to play on Wednesday and Thursday. From Group 1 it was New Zealand who finished on top as England finished 2nd. In the 2nd group it was India who finished at the top while Pakistan came in the 2nd spot which caught many people by surprise.

Pakistan came into the world cup with high hopes and expectations. They lost their first game to India. This was followed by another loss to the unfancied Zimbabwe team by 1 run to put them nearly out of the tournament.

The turnaround began with win over Netherlands, followed by a win over South Africa. On Sunday there was a major upset as the South Africans lost to Netherlands by 13 runs to get sent packing home.

Former Indian all rounder, Irfan Pathan is in Australia to watch the Indian team and as a commentator and expert. The 38 year old took to twitter and took a sly dig at Pakistan as he wrote “Padosiyon ke Twitter accounts sirf SUNDAY ke naam pe zinda hai. Love it.”

Pakistan face off the mighty challenge posed by Kane Williamson and his team. The two nations had recently faced off each other before the 2022 T20 World Cup. With Bangladesh as the 3rd team, Pakistan and New Zealand played a tri series across the Tasman.

Pakistan beat NZ in the final and went on to take the title, this is the perfect chance for New Zealand to avenge the defeat they suffered at home. The match will be played on Wednesday at the Sydney Cricket Ground. This is the same ground where the Kiwis began their campaign with a thumping win over Australia by 89 runs.

The tweet by Irfan Pathan did not sit down well with the Pakistani fans as they targeted him on Twitter. You can read all the tweets below.