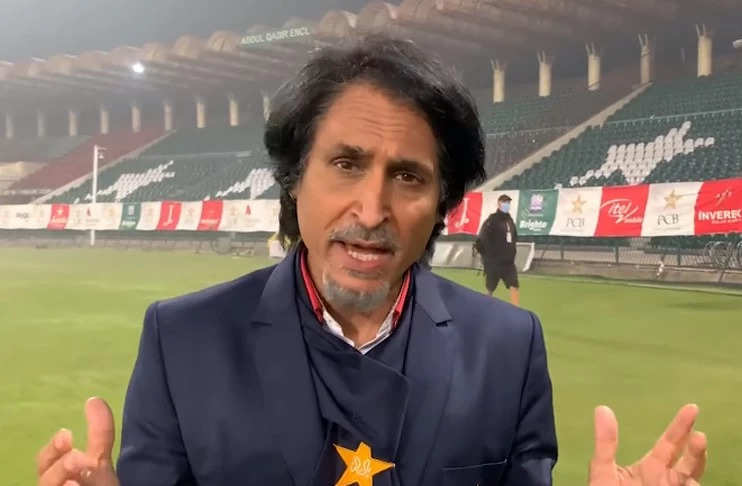 Pakistan cricket board and its team is never short of drama. The team is under pressure after losing the series to England with a 3-0 margin. The first Test match against New Zealand at Karachi ended in a draw after a sporting declaration by Babar Azam.

Behind the scenes too, the Pakistani team has been seeing changes with the PCB chief being changed. Najam Sethi, replaced for Pakistan skipper Ramiz Raja at the helm of affair as the PCB chief. Raja now has made startling revelations about his time at PCB.

Ramiz Raja’s time at PCB was tumultuous to say the least before being replaced by Najam Sethi. The former Pakistani captain recently came out and said he had got death threats during his tenure in the board. Raja while speaking to SAMAA TV said that he was using a bullet proof car during his tenure as PCB Chief because he had been given a death threat.

“That car is with PCB. I didn't buy that. My successor can also use it. I received death threat. You can't get a bullet-proof car until you face a death threat. That's why I had it, I can't reveal the details about it (the threat). But it has been there since Australia came to Pakistan in March 2022. DIG sahab came to my home, there was a whole report that was made. That's why I bought it”

Ramiz raja has been in the eye of the storm for his conduct as the chief of PCB. Raja had a spat with an Indian journalist post the final of the 2022 Asia Cup. Ramiz raja was then invovled in a high profile spat with the BCCI as it came to light that the Indian board isn’t ready to send the team to Pakistan to play the Asia Cup.

The response from Raja was to say that even Pakistan will pull out of the ICC World Cup in 2023 if India doesn’t tour across the border. The new chief Najam Sethi has a lot of task on his hands after replacing Raja who was also called out for the pitches that were in use during the series against England.