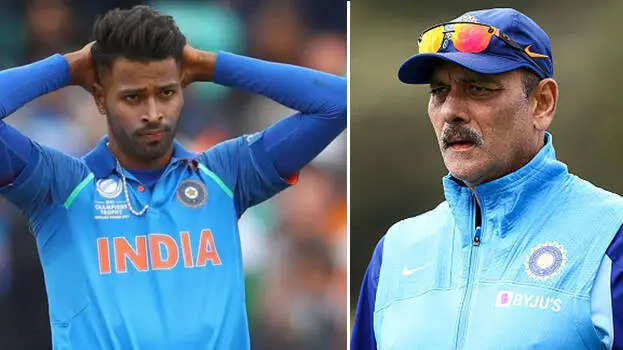 The Former Indian coach Ravi Shastri has once again made a bold statement and said that the all-rounder player Hardik Pandaya might bid adieu to the 50-over format after the 2023 ODI World Cup. The shocking decision by Ben Stokes from ODI cricket is putting all the player’s retirement under the scanner. The new era cricketers are moving away from ODI cricket and are focussing more on T-20 cricket. Back then, Test Cricket was seen in this way and players used to retire from that format but now the things have changed for red-cricket and people have started enjoying that form of cricket.

“The 50-over format might be pushed back but it can still survive if you focus just on the World Cup. From the ICC’s point of view, paramount importance should be given to World Cups, whether it is the T20 World Cup or 50-over World Cup, the bucks have to increase. Test cricket will always remain because of the importance it brings to the game,” Ravi Shastri said during commentary.

Shastri said that Hardik is clear with the vision that he wants to play more T20 cricket and is not much focussing on other formats of cricket.

He further said “You have players already choosing what formats they want to play. Take Hardik Pandya. He wants to play T20 cricket and he is very clear in his mind that ‘I do not want to play anything else."

“He will play 50-over cricket because there is a World Cup in India next year. After that, you might see him going from that as well. You will see a similar thing happening with other players, they will start choosing formats, they have every right to," Shastri highlighted.