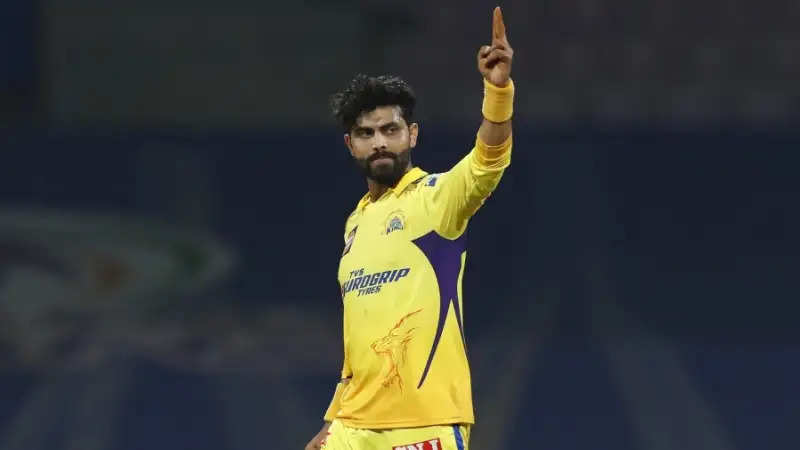 TATA IPL 2022 season was the one to forget for Chennai Super Kings as they finished in the bottom of the table. CSK were placed 9th in the table with mere 8 points just above Mumbai Indians in 10th place. The 2021 champs and 4 time winners finisher higher than Mumbai just on the run rate equation. If the performance on the field of play was bad, the drama off the field was just as bad. Two of the biggest names were in for collision course as the game of thrones for CSK was being played during the biggest season of IPL.

Chennai Super Kings came into the season, with MS Dhoni stepping down as the captain of the side. This happened just 48 hours before the start of the TATA IPL 2022 season with CSK locking horns with KKR in the first game. The captaincy was given to Ravindra Jadeja and things went downhill from there. Jadeja saw CSK lose 5 games in a row and more losses meant that MSD was back in the saddle as the captain of the side. Jadeja then sat out the last few games of the season citing injury.

Ravindra Jadeja recently took to Instagram and wrote “don’t lower your standards for anyone or anything. Self respect is everything”. The screen grab of the post was tweeted by a user named RutuEra. This left the CSK fans worried and they took to twitter showed their love for Jadeja.

Not the first flash of discontent-

Ravindra Jadeja had earlier removed every post regarding CSK from his social media accounts. He had removed every post from the 2020 and 2021 season which set the tongues wagging. This made CSK come out and send out a statement that said that everything was good in CSK and there was no issue between the team and Jadeja.

Ravindra Jadeja started his IPL career with Rajasthan Royals where he played under Shane Warner. RR won the title in 2008 and Jadeja stayed with them till 2010. He then moved to Kochi for the 2011 season before he was banned for a season as he tried to push a move to Mumbai. Jadeja was then picked by CSK and also played for Gujarat Lions during the 2016 and 2017 seasons when CSK were serving their suspension. Jadeja came back to CSK and played a massive role in the 2018 and 2021 title wins for the men in yellow.