Revealed! Reason Arshdeep Singh did not play the first ODI against England 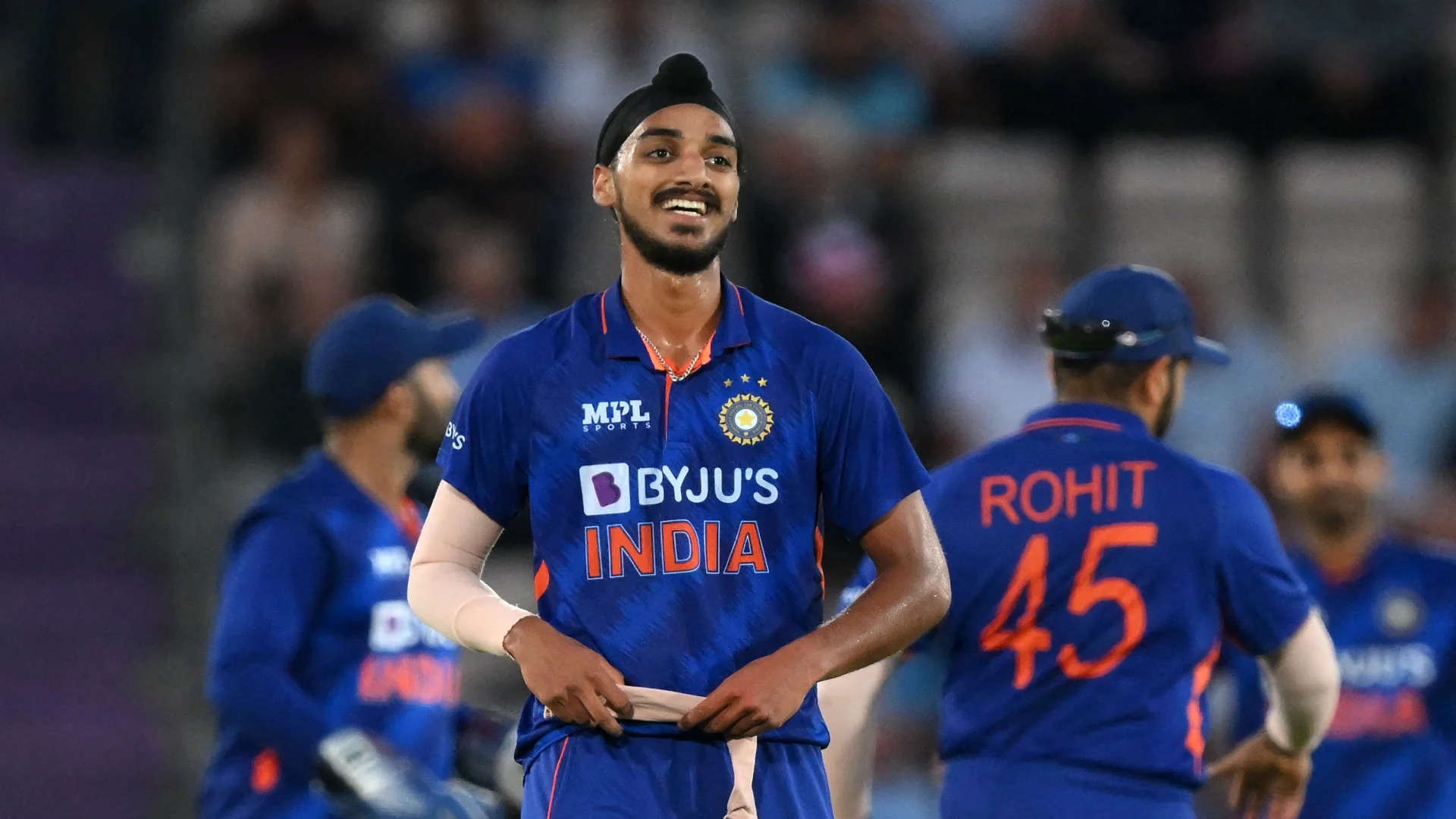 India made a strong start to the ODI series as they beat England by ten wickets in the first game in London. India took a 1-0 lead in the 3 match series as they ready to play the 2nd game on Thursday at Lord’s. it was an amazing all round performance by the Indian team. Jasprit Bumrah began the slide with the ball with a career best performance. The icing on the cake was put on the top by the return to team of Shikhar Dhawan and the return to form by Rohit Sharma.

India won the toss and decided to bowl first, as there was a lot of green on the wicket and there was overcast sky overhead. Virat Kohli had to sit out of the game after suffering a groin injury. Left arm seamer Arshdeep Singh was supposed to make his ODI debut for India at the Oval. BCCI’s twitter handle said that the reason Arshdeep did not play was due to a right abdominal strain”

England batsmen under the scanner –

It was the first time England were playing an ODI after the retirement of Eoin Morgan. Jos Buttler took over the reins from Morgan and saw his team slip to 26 for 5, with Bumrah getting 4 wickets. The slide began when Roy and Root were both out for a duck, followed by Ben Stokes for a first ball blob. Bairstow stuck around he fell to Bumrah for 7 followed by Livingstone who walked down the wicket. Bumrah bowled a yorker and Livingstone head back to the hut after seeing his leg stump disturbed. None of the English batters could stand up to the relentless assault from the Indian bowlers. Bumrah finished with 6 for 19, which wasn’t just his best figures but also by an Indian against England.

Indian openers finish off in style –

Rohit Sharma and Shikhar Dhawan are playing ODI cricket with each other after a long time. The two seasoned openers broke no sweat as they overhauled the 111 run target in ease. Rohit was 76 not out while Dhawan was 31 as Rohit smashed 5 sixes to reach 250 ODI sixes the first Indian to do so. India next play at the home of cricket, Lord’s on Thursday in the 2nd ODI which is also set to be a day and night affair.