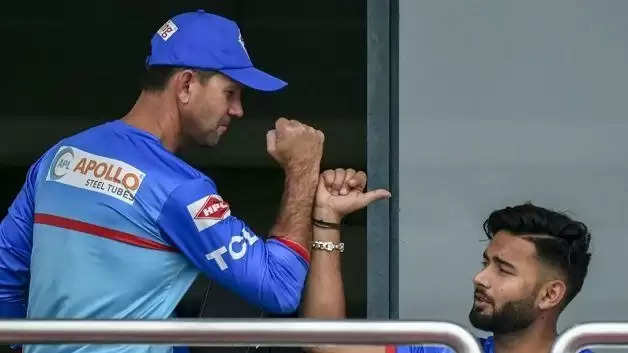 The former Australian captain has given verdict about the idea of including both Rishabh Pant’s and Dinesh Karthik’s in India’s lineup for the next T20 World Cup in Australia later this year.

The Australian player feels India should play with both Pant and Karthik and rather drop Ishan Kishan from the team sheet. There has been a lot of debate around what India’s playing XI looks like in the T20 world cup. The top priority of the team is to keep the batting units stacks up as there are few young emerging players who have performed quite impressively this year.

About the selection debate between Rishabh Pant and Dinesh Karthik. Ricky Ponting came up with this conclusion in the latest episode of the ICC review on Wednesday. The former Australia skipper remarked if he was in charge of the Men in Blue, he would play with both wicket-keeper batters, and omit Ishan Kishan from the lineup instead.

He stated and mentioned that, “We have seen what Rishabh is capable of in 50-over cricket and I know absolutely what he is capable of in the T20 game. Dinesh Karthik has had his best IPL ever just very recently… and I would be trying to find every way to have both of those guys in my team,” Ponting said in the ICC Review’s latest episode. Rishabh to bat, in that three-four-five range, and have Dinesh and maybe Hardik Pandya… if you have those guys finishing for you, well that batting line-up looks dangerous.

“Obviously, that means someone like (Ishan) Kishan or Surya (Suryakumar Yadav) or (Shreyas) Iyer, someone like that, might miss out and I don’t think Surya will miss out given his current form. But when you have so much talent, picking an Indian team is always going to be difficult and Pant and Karthik would be the two I would pick ahead of Kishan right now,” he added further.