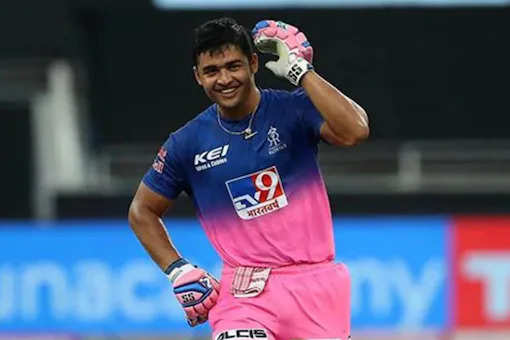 TATA IPL 2022 saw many names emerge, none was bigger than Riyan Parag. The 20 year old from Assam was at the forefront of some of the biggest happenings on the field. Be it his fight with Mohammad Siraj and Harshal Patel, his mocking of the 3rd umpire or argument with Ashwin after a run out. The youngster has made sure there is never a dull moment when he is around. Parag is currently at home waiting for the next edition of the domestic season to begin.

Riyan Parag makes a statement about his India aspirations –

Riyan Parag played a crucial role for Rajasthan Royals this year, as they reached the final of the TATA IPL. The Sanju Samson led side lost the match to GT after scoring just 130 runs on the board. While speaking to a news channel the 20 year old said “Winning matches (for my team). I did that in a couple of matches, but that’s not enough. If I can win six-seven matches for my team in a tournament only then I will be in the reckoning. Right now, even I won’t feel good if my name comes up in the probables (list) for the Indian team. I don’t deserve it right now. In the coming season, my confidence will rise if I can guide my team to more victories”

Parag’s career in a nutshell –

Riyan Parag made his domestic debut aged 16, in 2017 against Hyderabad. Opening the batting he scored 12 runs in the game with the best of 9. Till now he has played 16 first class games scoring 952 runs with a best of 123 which is his best so far along with 7 half centuries. He has an average of 35. Parag has also played 29 List A games scoring 756 runs and in T20 he has played 74 games scoring 1202 runs. He has played 47 games in the IPL scoring 522 runs with a best of 56 which he scored against RCB this year. He has an average of 16.8 and a strike rate of 124.8, Parag also has picked 4 wickets with the ball.