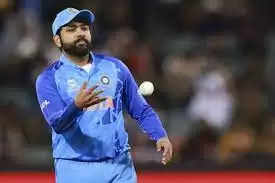 India and England on Thursday will play the 2nd semi final at the Adelaide Oval. The winner of the game will take on a resurgent Pakistan side in the final at the Melbourne Cricket Ground on Sunday.

The eyes of the Indian fans will be on the team management as they face off the red hot English side led by Jos Buttler. Both, Rohit Sharma the Indian captain and Rahul Dravid the coach have a lot to ponder ahead of the big game against the English team.

England on the other hand had to beat Sri Lanka to make it to the semi finals of the 2022 ICC T20 World Cup. The English just had to beat the Lankans at the SCG to move past Australia and get to the 2nd spot in the table.

Indian skipper Rohit Sharma just a few hours before the game dropped a few hints. The 35 year old is leading his side in the Semi Finals for the 1st time. The Indian captain was quizzed about Rishabh Pant and his likely inclusion in the playing XI.

Rohit Sharma said “Rishabh Pant was the only guy who did not play. So we wanted to give him game time. That was the thought. We have told the guys that they have to be ready for it. We wanted to give the opportunity to left handers in middle overs”

Pant and DK both to play the Semi Finals?

There is a lingering feeling that India could go in one extra batter against England at the Adelaide Oval. This would mean that Dinesh Karthik could come into the team and Pant could also retain his place.

Considering the abysmal form shown by Axar Patel with the ball, the Indian team could go in with one spinner in Ravichandran Ashwin. This would mean that Bhuvneshwar Kumar along with Shami and Arshdeep as well Hardik Pandya and Ashwin will be the 5 bowling options for India.

Rishabh Pant played against Zimbabwe and scored just 3 runs before he was caught by Burl off Sean Williams. The 25 year old replaced Dinesh Karthik who hasn’t lit up the tournament with the bat or behind the stumps.