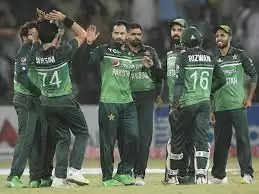 Pakistan cricket team head into yet another global tournament with dreams in their eyes. Pakistan had won the tournament in 2009, by beating Sri Lanka in the final. This was just 2 years after, they fell short by 5 runs in an agonizing loss to India in the inaugural world cup in 2007.  In 2021, Pakistan was one step away from reaching the final, before Matthew Wade spoiled the party.

Pakistan on Thursday, announced their 15-man squad for the world cup and there were some surprises in store. Babar Azam led side had just lost the 2022 Asia Cup final by 23 runs to Sri Lanka. The men in green will be facing off against India in the first game of the 2022 T20 World Cup.

Pakistan missed the services of Shaheen Shah Afridi, during the recently concluded 2022 Asia Cup final. The left arm seamer had injured himself during the test series against Sri Lanka. Pakistan have perhaps one of the quickest and the youngest bowlinjg attacks in the tournament. Each of the bowler capable of bowling over 145 KPH with ease.

Shaheen Shah Afridi – 22-year-old left arm quick will be the leader of the pace attack for sure. His 3-wicket haul against India last year, is still being spoken about. Afridi will trouble the batters with his pace, swing and bounce he gets. 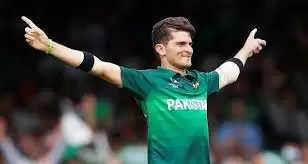 Haris Rauf – The 29-year-old is perhaps the quickest of the Pakistani seam bowlers. Rauf was seen clocking upwards of 150 KPH during the 2022 Asia Cup. Rauf, in 2022 has played 7 games and picked 9 wickets with an economy of 8.1 runs per over. 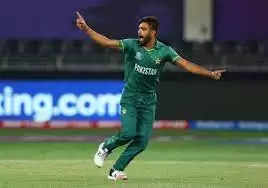 Mohammad Wasim Jr- After an impressive PSL, Mohammad Wasim Jr, was picked to play for Pakistan in 2021. In the 12 games he has played so far, Wasim has picked 17 wickets with a best of 4/40. The right arm quick has the ability to bowl quick Yorkers. 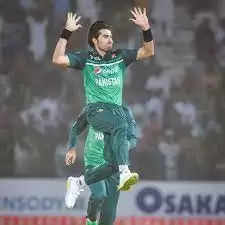 Mohammad Hasnain – touted as one of the quickest in Pakistan, Hasnain was backed to become a leading bowler by some of the greats of the game. The 23 year old though hasn’t had it easy with his action being called for questioning time and again. Hasnain is a genuinely quick bowler who can bowl at over 150 and has picked 21 wickets from 22 T20 games for Pakistan. 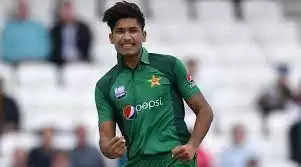 Naseem Shah – the biggest find for Pakistan, during the 2022 Asia Cup was none other than Naseem Shah. In the 5 games he played, he picked 7 wickets with the ball and hurried some of the best batters in the business with his seam movement, swing and pace. 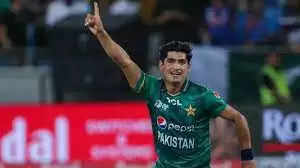 One may not have imagined, Babar Azam and bad form in one sentence. The 28 year old Pakistani captain though failed to deliver with the bat, during the 2022 Asia Cup tournament. In 2022, Azam has played 7 T20 games and scored just 134 runs with the bat with an average of 19. He just has one half century to his name with the 66 against Australia, earlier this year. The problem though, doesn’t lie with Azam alone, as the middle order has been struggling for runs. 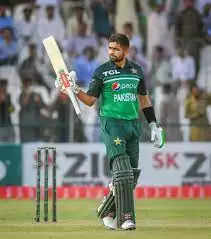 Khushdil Shah – considered one of the cleanest strikers of the ball., Shah has struggled to score runs in 2022. In the 7 games he has played this year, Shah has scored just 82 runs with a strike rate of 118.

Asif Ali – Termed a destructive right handed batter, Asif Ali shot to limelight with his performances in the PSL. Asif Ali turns 31 in a few weeks, and the right hander will be looked at closely during the world cup. 2022, though hasn’t been kind for the batter with mere 44 runs from 7 games. 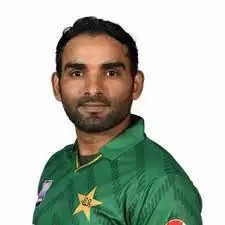 Iftikhar Ahmed – Yet another middle order batter who has the ability to turn the game on its head. Ahmed was bought in as a replacement for Shoaib Malik, as he too can bowl right arm off spin. Ahmed this year has played 7 games and scored 118 runs, but his strike rate of 100.8 is a huge let down. 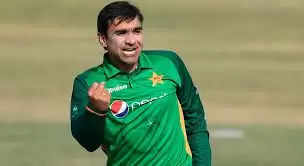 Another huge weakness in the Pakistani team is the lack of a second wicket keeper. Mohammad Rizwan was plagued with fitness issues during the 2022 Asia Cup tournament. The 30 year old was seen being tended to by the Pakistani medical team time and again. In case Rizwan gets injured, not only wicket keeping but also their sole in form batter will be sorely missed.

Shan Masood has been in amazing nick with the bat during the English domestic season. this has got him back into the national set up. With Masood back in the team, the pressure on Azam to bat at the top of the order goes away. Rizwan and Masood can open the batting, while Azam can slot himself at 3. This can give batting line up much needed depth.

Another thing which goes the way of Pakistan is, the average of the Pakistani side is 26. The oldest in the squad will be Iftikhar Ahmed who is 32. This gives Pakistan, the much needed youthful look that some of the other established teams do not have.

There is a saying in cricket, there is no threat to Pakistan than Pakistan itself. The team is capable of playing top notch cricket, but also has the ability to self implode with lack of confidence and in-fighting during a major tournament. With Babar Azam not in form, the onus and the focus will be on the 28 year old even more. There are already murmurs of Azam, being removed from the captaincy post the world cup.