Sanju Samson: from heartbreak to triumph to rejection in 2022 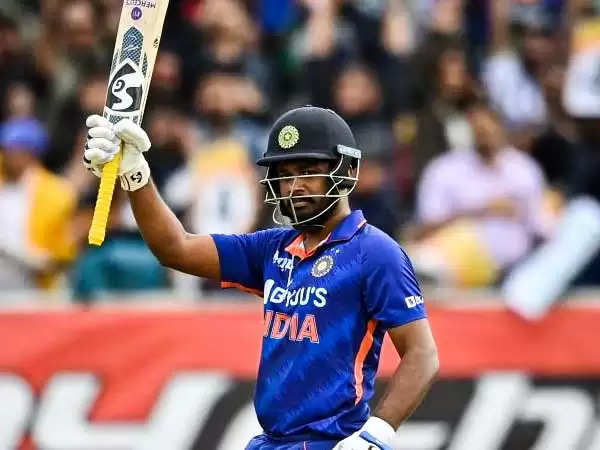 Sports in general can be a cruel to life of a sportsperson and in general. Cricket is no exception to the rule. India, which has a huge consumption for cricket has seen its own tales of sorrows. Tales of broken dreams, unfulfilled talents or talents who wait in eternity for a call up to the national side. Cricket can show the cruel side, especially when a player gets overlooked for a big tournament despite having the hopes of nations for him to get selected.

Year starts with a heartbreak for Sanju Samson –

TATA IPL 2022 was meant to be a new start, as there were two more teams in the fray for the title. Gujarat Titans, being one of the newer teams swept aside its competition to reach the final. Sanju Samson had done well to take his Rajasthan Royals side to the final of TATA IPL 2022. Samson, could see his side score a mere 130 runs in the biggest game of the season. What made it worse was, he had to stand behind the stumps to see Gill and Miller loft their arms in joy to claim the most prestigious domestic T20 title right in front of his eyes. This was sheer heartbreak for a man who, had taken his side to the final.

Triumph at last for Sanju Samson –

Indian selectors impressed by the 27 year old, gave him a call up for the Indian series in England. This was followed by tours to West Indies and Zimbabwe, and Samson did not fail to impress the fans and experts. During the 2nd ODI at Trinidad and Tobago, Samson scored his maiden half century. This knock was crucial in India winning the game and the series. He also made a crucial save in the final moments of the 1st ODI to help India win a close game. During the tour of Zimbabwe, he played crucial knocks while being effective behind the stumps.

Act III- Rejection falls at his feet once more –

12th September, 2022 was the day when 15 members would have their tickets booked to Australia. BCCI had met in Mumbai to name the India squad for the T20 world cup. When Sanju Samson did not feature in the list, one wonders it would have rankled him. He must have asked himself, ‘what more must I do to get a look in’. there was shock, anger, palpable tension as the fans weren’t happy.

Sanju Samson the most popular player –

Ask any fan, Sanju Samson the mere mention of his name will bring a smile on his. Samson, represents everyone of us, one who dare to dream, ones who keep working. The momentum shifted as the fans saw the hardwork Sanju Samson was putting in. There was a visible grind from the 27, as there was certain hunger in his eyes to say to the world, Yes I Belong Here. His captaincy during the IPL won him plaudits and his loss in the final hurt a lot of people.

What next for Sanju Samson?

It was a sad Monday for Sanju Samson and his fans, not only was he ignored for the India squad for the T20 world cup. He was also left out of the Indian squad for twin home series against Australia and South Africa. One wondered if he was so bad that he did not even warrant a call to the list of stand by players for the T20 World Cup? Shreyas Iyer making the squad raised a lot of eyebrows. Sanju Samson will hope to make it for the ODI series against South Africa as the rest of the team leaves for Australia.

Hope they say is an emotion and Sanju Samson must now move past hope and work even harder. He may have missed the bus for India squad for T20 world cup, but one thing is for sure. This is just a blip in the massive horizon of Sanju Samson and he may just be getting started.