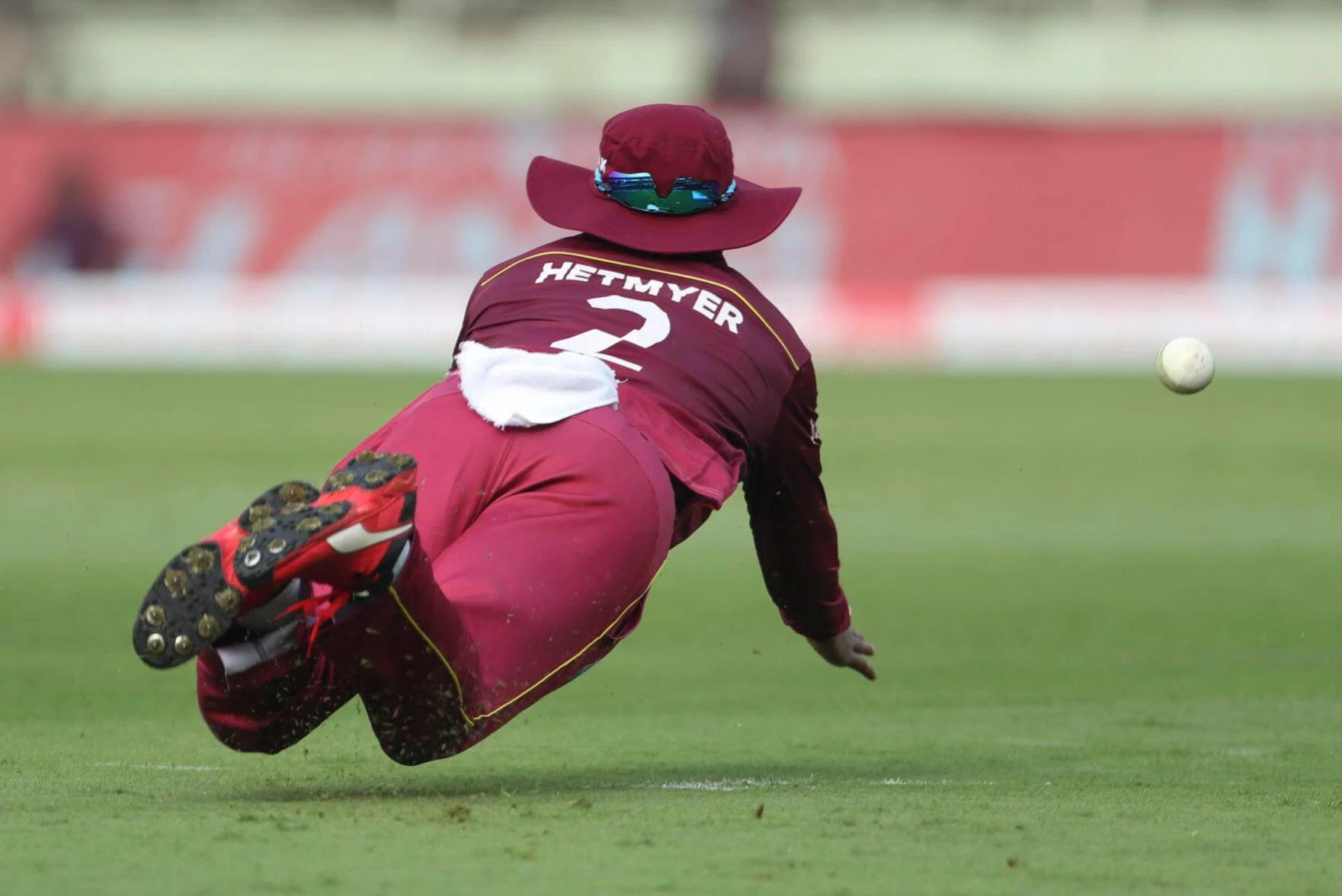 Rohit Sharma, one of the key players from the India team has once again played a pivotal role on Friday, during the first match of India vs West Indies T20 series. The hitman came in action with a bang at Brian Lara Stadium. The player has notched his 27th fifty of the T-20 format. However, he received little support from his top-order batters which eventually put a lot of pressure on him until he was dismissed after scoring 64 off 44 balls, laced with seven fours and two sixes.

But the wicket has caught the attention of Shimron Hetmyer’s brilliant efforts at the boundary line. The West Indies’ all-rounder Jason Holder took a wicket by a slow  length ball that was pitched outside off stump. The Indian skipper did not timed it well like he would have liked to and Hetmyer, who was well placed at the deep cover, dived forward to grab an excellent sharp catch.

The Twitteratis reacted differently seeing the efforts of Hetmyer:

The skipper walks! Good pressure from Holder to end a good innings from @ImRo45

Proper Rohit Sharma Inning!
No rush in the beginning, taking his usual time, elegant shots and cheery in the cake the milestones. We always end being disappointed because of the expectation we build, and today was no different. Missed a century, but very well played @ImRo45 ❤

Hetmyer running in with the FITNESS, nice catch by Hetmyer 👏🏾👏🏾 to get rid of Rohit Sharma 👀

Today, India went with a new opening pair of Rohit Sharma and Suryakumar Yadav after the West Indies won the toss and chose to bowl. The pair put up a quickfire opening partnership of 44 runs off 28 balls. However, India lost some early wickets of Suryakumar and Shreyas Iyer with the latter falling for a duck towards the end of the powerplay. Rishabh Pant was in the middle with Rohit and the pair managed to steady the innings.

Dinesh Karthik performed well by making 36 runs in the last 2 overs. He and Rohit have been the stars of this innings and they both have taken India to a total of 170. Karthik got unbeaten on 41 runs off 19 balls.