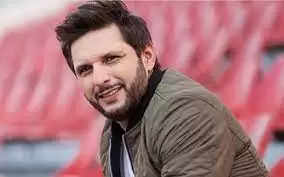 Indian Cricket Team is on it way to England to play one test match and a white ball series against the three lions. The Rohit Sharma led side will be keenly watched as they will be heading into the sole test with a 2-1 series lead. One batsman in particular will be seen with eager eyes and that is Virat Kohli. The former India captain has been short of runs for a long time. Kohli was rested for the 5 match T20 series against South Africa, and the 33 year old put it to good use by taking a break.

Ever since the form of Kohli has gone down, it has become a topic for conversation and debate. Kohli scored mere 300 runs in the IPL with two half centuries and three golden ducks. This promoted former India coach Ravi Shastri, to ask him to quit IPL and take a break. Now former Pakistani captain Shahid Afridi has made a rather controversial statement. Afridi said “ Does Kohli think he has achieved everything? That is the big question. He has the class. But does he really even want to be No. 1 again? Or does he think he has achieved everything in life. Now just relax and pass time? It’s all about attitude”

Virat Kohli has stated his desire to win the Asia Cup and the World T20 later this year for India. The 33 year old hasn’t scored a century for India since the 2019 test match against Bangladesh. Kohli, also stepped down from captaincy from all formats of the game as well as IPL. He alluded to the fact that he was feeling the pressure of the captaincy on his batting as well.

Kohli will be having his eyes on the England tour next as he faces his arch nemesis James Anderson once again. Rohit Sharma and Rahul Dravid would also want a fit and firing Kohli to score runs once again. The lull in form has seen Kohli’s batting average fall and he has been overtaken as the number 1 batsman in the world by Joe Root.