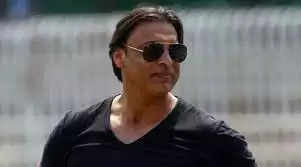 ICC's 2022 T20 World Cup has been a rollercoaster filled with drama and suspense. The tournament has seen some unique matches and some breathtaking results. It began with unfancied Namibia beating Sri Lanka. This was followed by West Indies crashing out of the tournament in the qualifying stages after losing to Ireland.

Pakistan began the tournament with two back to back losses. They began with a close loss to India at MCG on 23rd October. This was followed by a loss by one run to Zimbabwe at Perth. This put the Babar Azam led side on the cusp of early elimination from the tournament.

Pakistan then beat Netherlands at Perth by 6 wickets before facing South Africa. The match which was played at SCG saw rain play a decisive role with SA given a target of 73 run from 30 balls. Pakistan held their nerves to win the game by 33 runs. After the loss suffered by South Africa, it was Pakistan who won beat Bangladesh to grab the back door entry with both hands and make it to the semi finals of the T20 World Cup.

Seasonal cricket expert and former Pakistani fast bowler Shoaib Akhtar is in the news again. The former pacer who had been a vosl critic of his team seems to have changed his tune. Akhtar while speaking on his YouTube channel came up with a threat to the Indian team.

Akhtar said India better hope to lose to England in the semi finals and go home. The former Pakistani pacer further said If India and Pakistan play again the Indian team might get a different reaction from the Pakistani players.

Akhtar also said the Kiwis should be wary as the Pakistani players havent hit their peak just yet. He further said while sounding his warning that both New Zealand and India have to be wary of the men in green.

Pakistani fast bowler Shaheen Shah Afridi too has spoken. The left arm pacer picked 4/22 from his 4 overs to restrict Bangladesh to 127 on Sunday on a difficult wicket. Speaking post the game the pacer was happy about the performance by his team and lauded their comeback

Afridi further said he is slowly getting his form and rhythm back and is starting to bowl at over 140 KPH again. In a veiled threat he said he is just warming up before the semi finals game against New Zealand in Wednesday at the Sydney cricket ground