Shocking! Yuzvendra Chahal and Surya Kumar Yadav asked to get off the plane 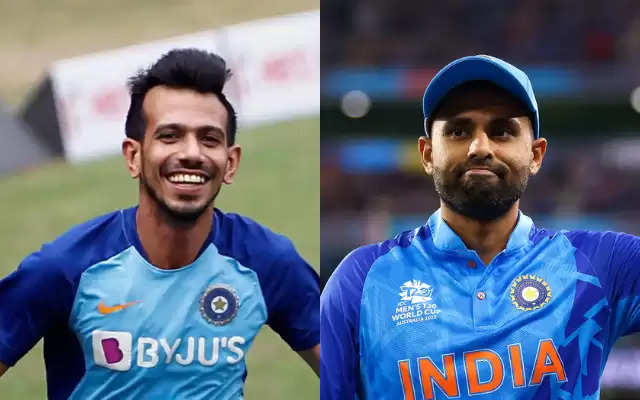 Indian team members are set to fly across the Tasman to play a short white ball series against New Zealand. The Indian team will play 3 ODI and T20 games, while some of the senior players will miss the series.

The team will be led by Hardik Pandya in the T20 matches while Shikhar Dhawan will be the captain of the ODI side. The first match will be played on the 18th November as the series begins with the T20 matches.

Majority of the T20 side is flying across to New Zealand sans skipper Rohit Sharma and star batter Virat Kohli. The majority of the players who played the T20 world cup will be in New Zealand as some more enforcements make their way.

World Number 1 Batter Surya Kumar Yadav and Yuzvendra Chahal were recently asked to get off the plane.  The reason for this was poor weather as a 12 second video has now emerged of the duo making their way back after not being allowed to board the flight.

India lost the ICC T20 World Cup Semi final to England as they lost by 10 wickets in the Semi Finals. The Indian team scored 168 as Kohli and Pandya hit half centuries in an otherwise sorry performance with the bat.

India will start their new cycle of T20 games with a 3 match series against NZ with the matches to be played on 18th, 20th and 22nd. Hardik Pandya has been named the captain of the side. This will be followed by a 3 match ODI series with Shikhar Dhawan at the helm before the Indian team flies back home before embarking on a tour to Bangladesh at the end of the year.