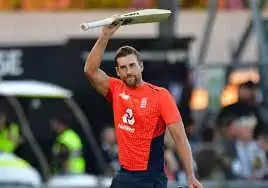 The 2022 T20 World Cup super 12 stage is now over. The semi finals line up is complete as the final four teams of the tournament are now in front of us. The first semi finals at Sydney cricket ground will see New Zealand take on Pakistan. The second semi finals will see India and England lock horns at the scenic Adelaide oval on Thursday.

Team india finished at the top of their group while Pakistan finished second. One of the earliest dark horses of the tournament, South Africa were knocked out on Sunday after losing to Netherlands

Major name in doubt for the semi finals -

England is facing a major race against time as the semi finals looms large. David Malan who has been in amazing form with the bat for the English is likely to be ruled out of the game against India. The left handed batter injured himself on Saturday in the game against Sri Lanka. Malan who at one stage was the world number one batter in T20 cricket did not come out to bat against the Sri Lankans.

Dawid Malan suffered a groin injury during the important game. According to England skipper Jos Buttler it is too early to predict if the left handed batter will be fit in time for the game against India.

Huge stakes at hand for both the teams -

India will be looking to break their nine year jinx of not winning an ICC tournament. The team which won the 2013 champions trophy played the 2014 T20 World Cup final before playing the semi finals of the 2015 and 2019 fifty over world cup and 2016 T20 World Cup semi finals. India had a campaign to forget when they were out of the tournament in the super 12 stage during the T20 World Cup held in UAE.

England on the other hand are going through a transition under new skipper Jos Buttler. The dynamic right handed wicket keeper batsman replaced Eoin Morgan as the skipper of the white ball format after the left hander hung his boots from all formats of the game. A win over India will give England the chance to win their 2nd T20 World Cup a honor which they won in 2010 under Paul Collingwood