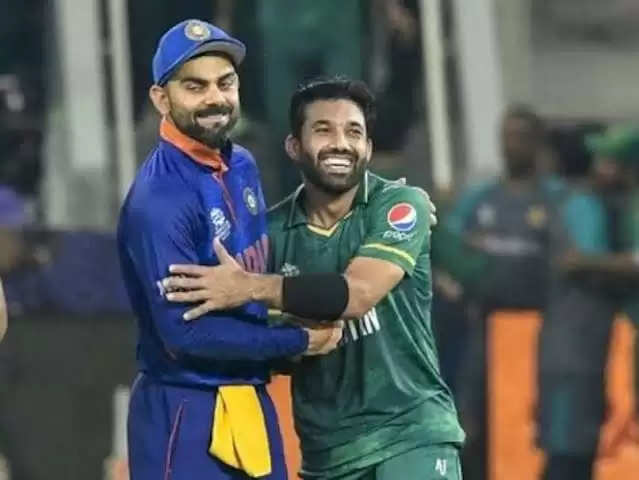 It was yet another exciting game between India and Pakistan as the Babar Azam led side scraped to a tense win. Pakistan won the game by 3 wickets with 2 balls to spare and win the 2nd meeting between the two sides in a week. India had won on the previous occasion. It was a sad and downcast day for many Indian fans who had expected the men in blue to prevail yet again. Arashdeep Singh’s dropped proved to be costly as India now have to win the next two games to make the final.

Mohammad Rizwan was the star of the show with the bat as he scored 71 with the bat to put Pakistan in a strong position. The Pakistani wicket keeper was seen having regular issues as far as his leg was concerned. The injury first occurred when he tried to gather a steep bouncer from Hasnain towards the backend of the Indian innings. The medical team came out to attend Rizwan. Even while batting he was seen having discomfort. It has now come to light that Rizwan has been taken to the hospital for an MRI scan.

Chasing 182 to win, Pakistan lost the wicket of captain Azam early when he fell to Bishnoi for 14. They also lost Fakhar Zaman for 15 when he was caught by Kohli off Chahal. At that Stage Pakistan were 63 for 2, but quickfire 73 run stand between Rizwan and Nawaz helped Pakistan get their chase back on track. Nawaz fell to Bhuvneshwar for 42 off 20 balls while Rizwan was caught by Yadav off Pandya for 71. Kushdil Shah with 14 not out and Asif Ali with 16 helped Pakistan reach closer before Iffikhar Ahmed scored the 2 required runs with a ball to spare to take the team home.

Arshdeep gets called out –

It was a forgettable day with the ball and on the field for young Arshdeep Singh, the left arm pacer was hit for 27 runs in his 3.5 overs. While he was decent with the ball, his big error was dropping an easy catch in the penultimate over to give Asif Ali a huge life. Had he taken the catch things could have been different for the Indian team and captain Rohit Sharma.