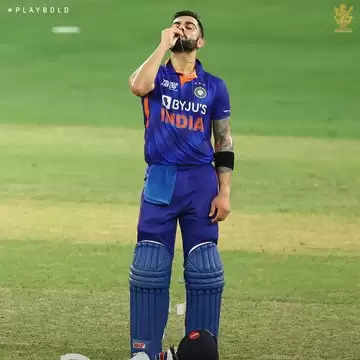 India faced off against Afghanistan on Thursday in what was a dead rubber as both the teams were knocked out. Mohammad Nabi won the toss and chose to bowl and went in with the same team. India on the other hand, saw KL Rahul come out to the toss as he was the captain of the side. Rohit Sharma had taken a rest for this game as Chahal and Hardik Pandya too were rested. In their place came Deepak Chahar, Axar Patel and Dinesh Karthik into the 11.

Rahul and Virat give India a flying start –

In the absence of Rohit Sharma, it was Virat Kohli who came out to open the innings for India. After a slow start in the first two overs, the Indian openers then went after the Afghan bowlers. They did not spare any loose delivery and hit all the bad balls for boundaries. Rahul was finally seen to be finding his feet as he was aggressive against both the fast bowlers and spinners. The stand in Indian captain scored 62 off 41 balls with 4 fours and 2 sixes during his innings. The first wicket stand was worth 119 which gave the men in blue a good start.

All hail the king !

The fall of Rahul saw, Surya Kumar Yadav stride to the wicket and he smacked the first ball for a six. The very next ball he chopped on to be bowled to by Fareed for 6 to have India at 125 for 2. That’s when Pant walked in at 4, but Kohli was finding his gear, the former India skipper was seeing the ball like a football as he went after the bowlers and tore them apart. Batting on 98 he smacked a six and reached his first ever T20 century for India. Out came the helmet and up went the bat as he kissed the ring on his chain and looked up to thank god and followed it up with a huge smile.

The century drought was finally over after more than 1000 days as Kohli scored 122 not out from 61 balls with 12 fours and 6 sixes. This was his best ever T20 score and the fans and many known names took to twitter to congratulate him on the knock. You can read all the tweets below.

Virat Kohli will always be a champion cricketer. 💯