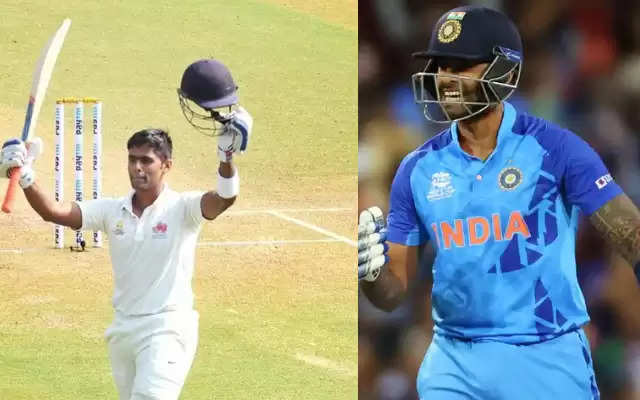 Indian team has been playing white ball cricket for a while now. The last time they played red ball cricket was in early July. That’s during the sole test versus England which was played at the Edgbaston ground at Birmingham.

The Indian team since then has played T20 series in Ireland, England and at home to Australia and South Africa. The Indian team then played the 2022 T20 World Cup before going on a short trip of New Zealand for 3 T20 and ODI matches which ends in November.

India next plays red ball cricket when they tour Bangladesh for the 2 match series. The series will carry the weight of huge World Test Championship points. India then play their biggest challenge when they get ready to host Australia for a 4 match series at the start of 2023.

One player who has been in amazing for with the bat for India in 2022 has been Surya Kumar Yadav. The 32 year old from Mumbai, has nearly scored 1200 runs in T20 Cricket this year.

On Sunday he scored his 2nd T20I century for India by smacking 111 not out off 51 balls. Post the game, Yadav expressed his interest in playing the longest format of the game. Speaking to the media, Yadav said “I enjoy playing test cricket, hopefully I get the test cap soon”

Suryakumar Yadav said "I enjoy playing Test cricket, hopefully I will get the Test cap soon".

SKY’s domestic debut with and against some big names–

Yadav made his domestic debut for Mumbai in the year 2010 against Delhi. In his first game he rubbed shoulders with the likes of Rohit Sharma, Wasim Jaffer, Ajit Agarkar who are stalwarts of Mumbai and Indian cricket. The Delhi team that day had the likes of Shikhar Dhawan, Virat Kohli and Unmukt Chand in their line up.

His last game for Mumbai was in early 2020 before the Pandemic struck against Madhya Pradesh. Batting at 3, SKY scored 43 off 39 balls in the 1st dig before scoring 51 ball 38 in the 2nd innings. Mumbai took the game on the basis of the 1st innings lead.

The Indian cricket fans reacted to the wish by SKY to play in the whites for India. The fans came up with mixed reaction to this quote by SKY and you can read all the tweets below.

On what basis exactly, ridiculous if that happens https://t.co/CHKkcVmrec