Twitteratis react as injured ‘Rohit Sharma’ retires due to back concerns 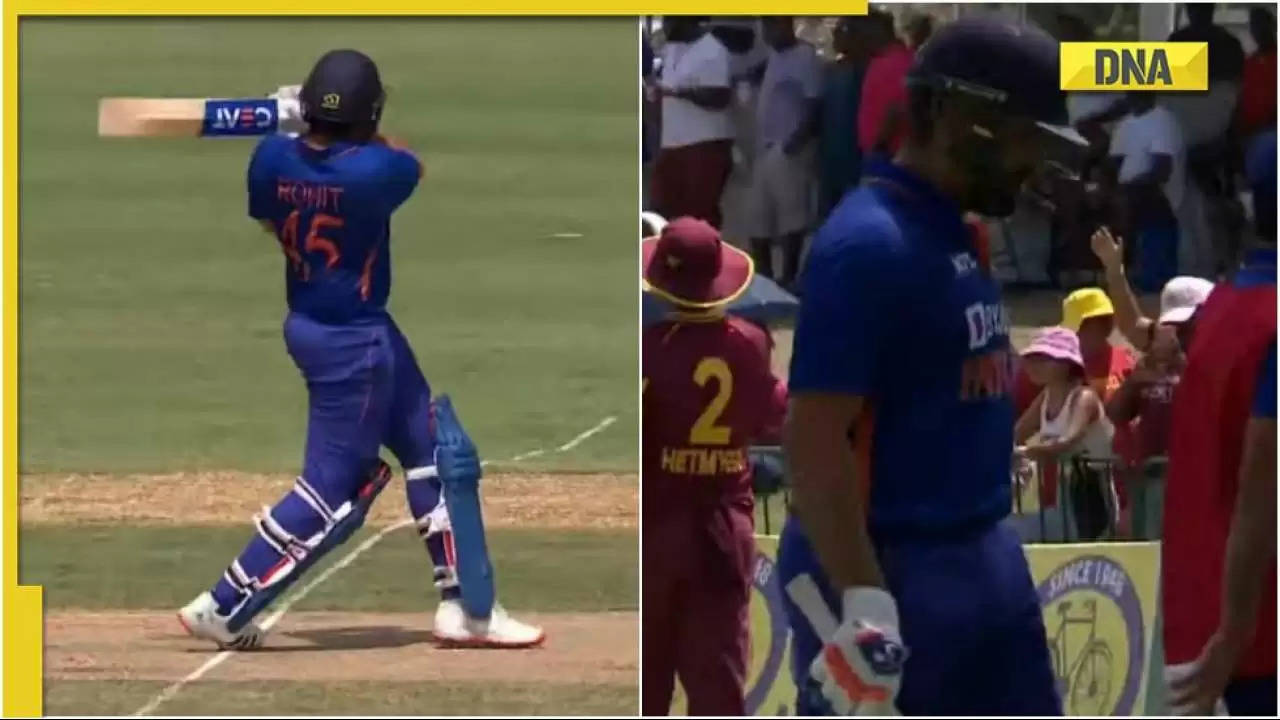 Team India has suffered a major setback as the Indian captain Rohit Sharma retired in between the India vs West Indies third T20 International match.The 35 year-old captain appeared in discomfort and it looked like a muscle near his waist or lower back had pulled.

Shreyas Iyer replaced him in the 2nd over. Team India can win the third T20I and take a 2-1 lead in the series, as they need to chase down a target of 165 runs.

The Indian captain was batting on 11 off five balls, but had to leave the field in the second over during the chase. India were at 19/0 in 1.4 overs before Rohit pulled a muscle of his back. The Indian physio came out quickly to check him and after a long discussion with him, the Indian skipper decided not to continue to be on the field any further.

As per the latest report, Rohit went for scans to see how big the injury was. Many experts have suspected that the injury took place when Rohit went for a leg swipe two balls earlier before walking off the field.

What Happened With @ImRo45 pic.twitter.com/AiLo9wcuGn

Rohit Sharma got off the field due to heatstroke, so don't need to worry so much. pic.twitter.com/ZLbMc3W3zM

Rohit Sharma and his fitness 🤦‍♂️🤦‍♂️

Given the fact the upcoming T20 World Cup is not too far away, it could be a hefty blow for the Men in Blue.

Cricket fans often get emotional when they see their favorite player in pain.Some of the players faced the same pain on Tuesday when Rohit Sharma had to forcefully retire while holding his back.

India is in a good position and just required 30 runs in 34 balls, and they can lead the series by 2-1.