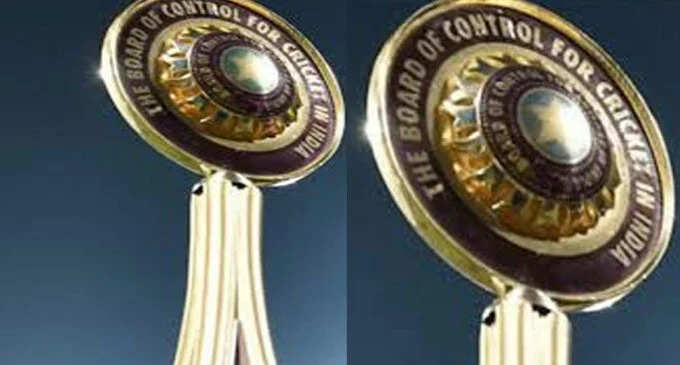 The match played at Ranchi, saw Mizoram bat first and score mere 156 from their 50 overs. Sreevats Goswami with 63 was the top scorer as Vikash Kumar scored 41 and Taruwar Kohli scored 21.

Chasing 157, Puducherry got the runs in the 30th over to claim a 7 wicket win. Opener Ragupathy scored 47, while Arun Karthik top scored with 59 not out off 53 balls and Paras Dogra scored 25.

In a rather one side game, four Jharkhand batter scored half century at the Eden Gardens at Kolkata. Opener Nazim Siddiqui set the ball rolling with 39 ball 43, while Utkarsh Singh (52), Saurabh Tiwari (63*) and K Deobrat (51*) scored half centuries. It was Virat Singh’s 75 off 89 which was the top score for Jharkhand who finished 309 on the board.

Chasing 310, the Sikkim batters could manage only 116 as Sumit Kumar and Ankur Malik both scored 31. Rahul Shukla was the destroyer in chief as he picked 5/19 with the ball.

Powehouses Delhi and Vidarbha locked horns at the Salt Lake stadium in Kolkata. Batting first, the Vidarbha team was bowled out for mere 207 in the 48th over. Ganesh Satish was the top scorer with 45, while Wankhede scored 37. Ishant Sharma and Navdeep Saini both picked 3 wickers with the ball for Delhi.

Batting first at Kolkata, the Karnataka side saw skipper Mayank Agarwal fail yet again as he was out for 15. Opener Samarth scored 46, while Manish Pandey scored 36. It was Shreyas Gopal who top scored with 64 off 76 balls to help Karnataka reach 259.

Shreyas Gopal then starred with the ball picking 3 wickets as Meghalaya was all out for 144. Surya Rai top scored with 38 while Chirag Khurana scored 32 as none of the Meghalaya batters had any clue against the disciplined Karnataka bowlers.

Riyan Parag turned 22 just a few days ago, but he celebrated his birthday with an amazing century against Rajasthan. Parag scored 117 off 94 balls with 10 fours and 6 sixes as Assam scored 271 on the board. Mohit Jain picked 3 wickets, while Aniket Chaudhary, Kamlesh Nagarkotti and Ravi Bishnoi picked 2 wickets each.

Chasing 272, Rajasthan were bowled out for mere 128 as Abhijeet Tomar top scored with 59 off 86 balls. Mrinmoy Dutta and Avinov Chaudhary picked 3 wickets, as Assam won the game on a canter.

Batting first, Railways scored 218/8 from their 50 overs. The top scorer was Shivam Chaudhary with 46 as skipper Karn Sharma scored 40. There was some useful runs from the middle order as well.

Chasing 219 to win, Ruturaj Gaikwad and Rahul Tripathi opened the batting to add 165 runs for the first wicket. Tripathi scored 75 off 80 balls, while Gaikwad scored yet another Vijay Hazare century as he scored 124* off 123 balls with 8 fours and 7 sixes.

The game between Mumbai and Bengal was a one sided contest at Ranchi as Bengal were bowled out for mere 121. Tanush Kotian picked 4/ 31 as the Mumbai bowlers ran riot. Manoj Tiwari top scored with 47 off 64 balls with 5 fours and a six.

Chasing 122, the Mumbai batters won with nearly 20 overs in hand. Prithvi Shaw scored 26,while Jaiswal scored 10. Skipper Rahane was not out 59 off 72 balls with 6 fours and 2 sixes, while Hardik Tamore was 18*.

Batting first, Chandigarh scored 215 on the board as tailender Jagjit Singh top scored with 47 off 17 balls with 4 fours and 4 sixes. Sakaria and Mankad picked 2 wickets, while Unadkat picked 1.

Chasing 216 to win, openers Harvik Desai with 68 and Samarth Vyas with 61 put Saurashtra on to a win with a 106 run stand. Pujara scored 33 off 51 balls before getting run out. The winning runs were hit by Sheldon Jackson and Arpit Vasavada.

The high scoring match at DY Patil stadium saw MP and Jammu and Kashmir play an amazing knock. Batting first, Yash Dubey and Abhishek Bhandari put on 132 runs for the 1st wicket as Dubey top scored with run a ball 121. Rajat Patidar scored 62 runs off 45 balls with 4 fours and 3 sixes to help MP reach a massive 342/9.

Anshuman Rath with 51 off 95 balls and S. Senapati with 60 were the top scorers for Odisha who scored 178 on the board. Himanshu Bisht with 4/26 did the damage with the ball for Uttarakhand.

Uttarakhand were rocked early as they found themselves at 27 for 4 with D.Pradhan and R. Mohanty picking 2 wickets each. Swapnil Singh with 48 and D. Negi with 80 not out helped Uttarakhand win the game with 6 wickets in hand and 8 overs to spare.

Captain Priyank Panchal top scored for Gujarat with 136 to help them score a massive 337 on the board. Saurav Chauhan with 64 and Bhargav Merai with 56 were the other top scorers for Gujarat.

Chasing 338 to win L. Keishanbhagam with 45 and Johnson Singh were them top scorers as Manipur finished their innings at 185. Siddharth Desai was the lead wicket taker with 3/20.

Hyderabad vs HP – (HYD won by 17 runs after VJD method)

Chasing 361 to win, Amit Kumar scored 98 ball 103 with 12 fours and a six as the rain played spoilsport. The defending champs fell short by 17 runs with Hyderabad running out winners in this massive game.

Rinku Singh 82 off 94 balls helped UP reach 242 on the board. The UP team were bowled out thanks to 4 wickets by Rana Dutta.

Bikram Kumar Das top score with 51 as Tripura were bowled out for 159 to hand the UP team a huge win by 83 runs.

Games abandoned due to Rain –